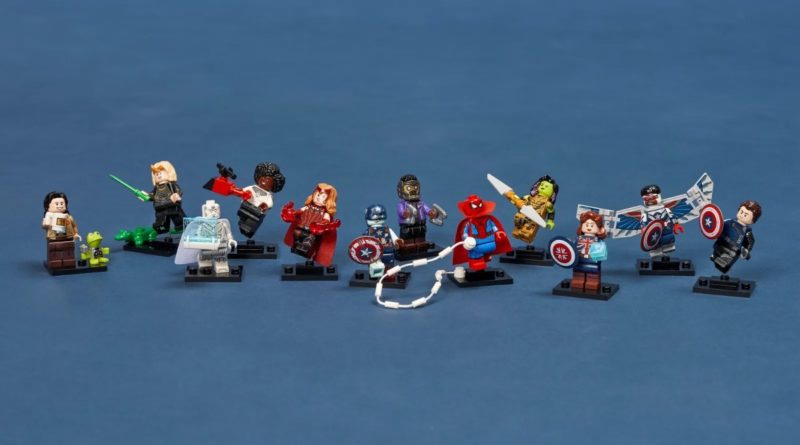 LEGO 71031 Marvel Studios won’t enjoy a simultaneous worldwide launch on September 1, as the latest series of Collectible Minifigures will only be available to purchase in certain regions from October.

While customers in the majority of countries LEGO.com serves will be able to order the blind-bagged series from the beginning of next month, a handful currently have the launch date for 71031 Marvel Studios listed as October 1.

That’s essentially everywhere in the Asia-Pacific region that the LEGO Group sells to directly (orders to Singapore, India, Malaysia and so on are fulfilled by third-party vendors), including Australia, New Zealand, South Korea and Japan.

In North and Central America and Europe, however, the collection of 12 Disney+ characters – which take inspiration from WandaVision, What If…?, Loki and The Falcon and the Winter Soldier – will be available to purchase from September 1, a full month ahead of Asia-Pacific regions.

You can take a closer look at that series in full by clicking here. Our review will land online later this month, while What If…? begins airing tomorrow. The other three Marvel Cinematic Universe shows are currently available to stream on Disney+.