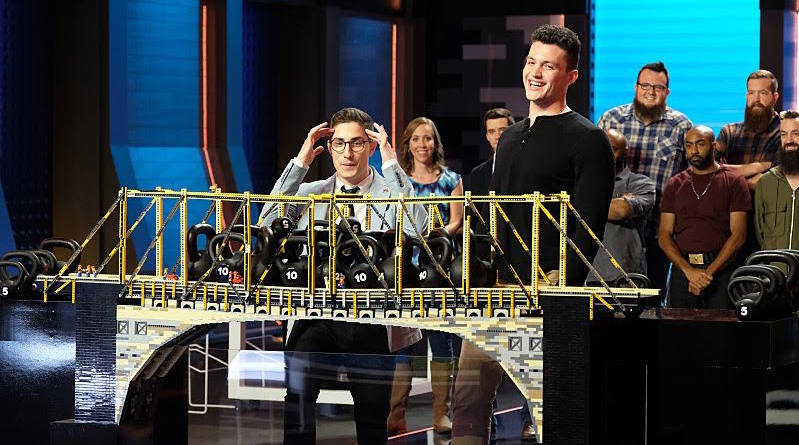 As the LEGO MASTERS USA builders race cars and build bridges, the golden brick comes back into play

LEGO MASTERS USA keeps testing the teams in new ways, with “Need for Speed / Super-Bridges” giving the building duos two very different tasks. The first sees each pair put together a LEGO car as quickly as they can, that will be raced down a slope with the winner getting a time advantage in the main challenge. That main challenge is bridge building, with whoever can build the strongest bridge earning the golden brick – and safety from elimination – while one of the two losing teams will go home.

There are some real surprises at the end of the episode, with even LEGO experts Jamie Berard and Amy Corbett unable to predict the bridges that will hold and those that won’t.

Spoilers for LEGO MASTERS Episode 6 ahead.

“Need for Speed / Super-Bridges” kicks off with the car racing challenge. Given that this is a small task that requires the builders to put together the fastest car possible, an appropriate amount of time is spent watching the teams build their cars and then race them. There is chance to get a sense of what they are putting together before the vehicles compete.

Mark and Boone have clearly raced LEGO cars before, knowing that leaving off the tyres will give them an advantage. It demonstrates their versatility, whereas Christian and Aaron are extremely good at minifigure scale but seem so struggle to adapt to other criteria.

It soon turns out that the racing doesn’t impact things too much, as it gives Mark and Boone a five minute advantage on the second place racers, meaning that Flynn and Richard lose 25 minutes for coming in last place. It isn’t long enough to make too much difference but is a fun diversion to open the episode.

As expected, everyone goes for Technic bricks when it comes to bridge building. Some of the teams have plenty of confidence for the challenge, while others are completely uncertain about what to do.

Christian and Aaron manage to build something that looks the part and seems to have strength, proving that by managing to hold almost 500lbs (British viewers will be perplexed at the weight measurements used in this US edition).

They seem to be far in front until Tyler and Amy step forward with their rustic looking bridge, that managed to hold 1,000lbs. It is an incredible achievement given that they totally scrapped Technic elements from their build and instead used regular system bricks.

Mark and Boone, who spent a lot more time planning the engineering side of their structure also manage to pile 1,000lbs of weights onto their model and are selected by the judges as the winning team on the challenge – meaning that they are given the golden brick.

Flynn and Richard struggle on this task, as do Sam and Jessica, but it is Mel and Jermaine who are sent home. The pair had a little too much confidence in their plan, which ultimately fails to meet the required criteria so essentially sees them lose by default.

Unlike the first challenge, there is not enough time to really see the different bridge techniques coming together to make their ultimate destruction as satisfying as it could be. As with so many of the challenges on LEGO MASTERS though, it is fun to see the teams try out tasks that no LEGO builder can actually do at home.

LEGO MASTERS: The road to the USA
Amy Corbett: From Design Lead to LEGO MASTERS judge