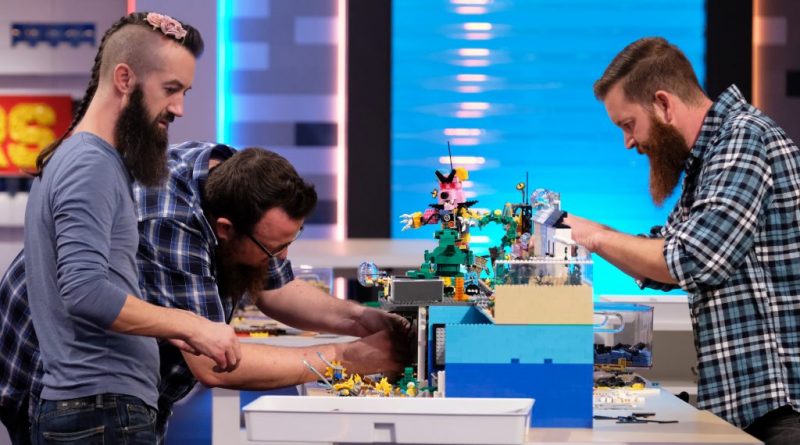 It is all about super heroes in this episode of LEGO MASTERS USA, as each team must select two LEGO Collectible Minifigures from a small range, then imbue them with epic powers. There is a catch though – two teams will be making their minifigures super villains, who will have to battle with another team’s good guys. As well as building impressive hide-outs for their characters, the teams will have to combine their models with a central battle scene.

Actor Terry Crews, who is a genuine LEGO fan himself, bursts onto the set for some great fun with Will Arnett. The duo go around the teams, checking in, getting in the way and providing the audience with some fun banter.

Spoilers for LEGO MASTERS Episode 8 ahead.

Aaron and Christian get stuck in an AFOL mindset early on, imagining something that would be a great model to display at a convention but does not have the same visual wow on television. That said, late in the day they do follow advice and come up with some epic aspects to enhance the model. Both the mech and the robot are really impressive.

Their bad guy partners are Tyler and Amy, who pick the thematically linked Adventurer and Mummy Queen. That serves them well, as they are able to build an Egyptian temple scene but give it an evil vibe to justify the super villain angle. Their scorpion iconography works well in the build.

Despite the rules insisting they have to use the golden brick this week to protect them from elimination, Mark and Boone go all out and seem to best embody what this task is supposed to be. They build an amazing lair for the Pizza Guy, with the character turning regular pizzas into pizza henchman who are wreaking havoc with melted cheese. Panda Suit Guy also gets an awesome rainbow spaceship. Surprisingly, the judges do not select the model as the best of the bunch.

Sam and Jessica pull off a great concept, just about, but it shows that their building skills are not quite up to par with the other teams. They have flashes of inspired brilliance, but they are not as consistent as some of the other contestants. As Christian notes, it may just be their lack of confidence holding them back.

It is a real shame that Aaron and Christian don’t make it through this week, as their building expertise is clear to see. As those who have watched the international editions of the show know though, it is not just about being a good builder – it is about following the judges’ feedback. The most successful teams take on board what the judges are looking for and adapt, week after week. 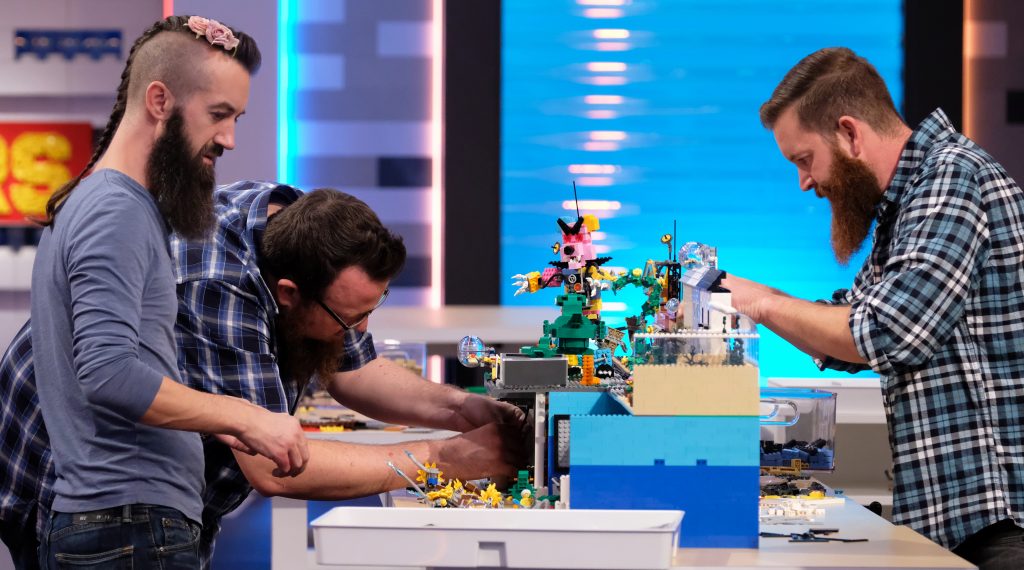