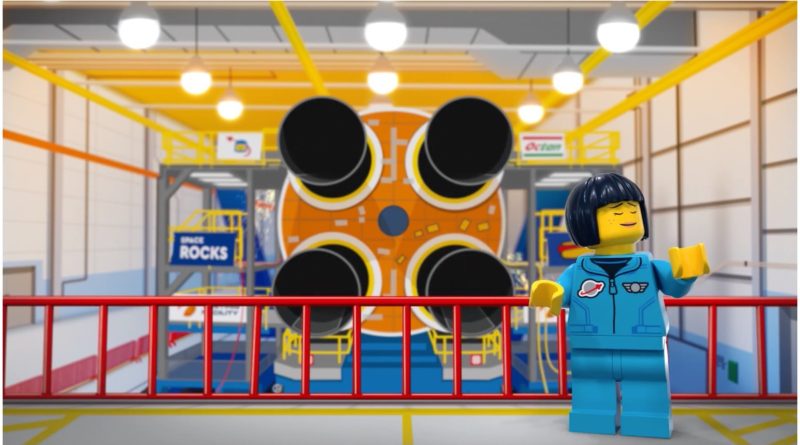 LEGO Education has announced that a crew of LEGO minifigures are joining NASA’s Artemis I mission, which will launch for the Moon in 2022.

The astronauts – named Kate, Kyle, Julia and Sebastian – are blasting off thanks to LEGO Education’s collaboration with NASA. The quartet will ride the Orion spacecraft around the Moon before returning to Earth.

The trip is a precursor to human astronauts making the trip, and marks the first integrated launch of NASA’s Space Launch System. The uniforms of these LEGO astronauts feature a striking orange colour scheme and the Classic Space logo; hopefully they’ll appear in a LEGO set before long.

The stunt is part of Build to Launch: a STEAM Exploration Series, a free, 10-week digital learning programme. It’s designed to foment interest in science and technology subjects among younger LEGO fans, as well as other skills like collaboration and critical thinking. It’s also intended to be used with either LEGO or non-LEGO materials (although we suspect the LEGO Group would prefer we use the former).

LEGO minifigures have been exploring space for some time, both in our imaginations and in real life. In 2019, the LEGO Group sent 60227 Lunar Space Station to space (or near space) via a weather balloon. The set climbed to 33,000 meters before returning to earth, marking a rare commitment to authentic play. In 2016, a trio of LEGO minifigures arrived at the planet Jupiter aboard the Juno spacecraft. Rather than plastic, these minifigures were made of aluminium.

Interestingly, the release of the Build to Launch series may foreshadow a new LEGO Space product line. With a new CITY launch pad set rumoured for release next year, a new educational space program might just be savvy marketing on the LEGO Group’s part.