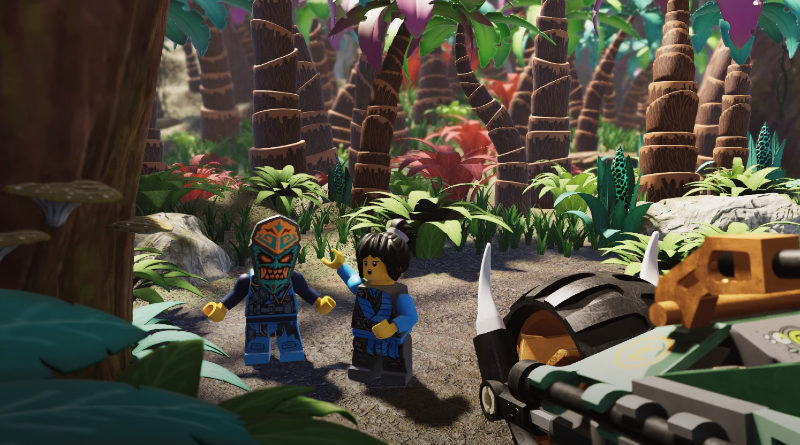 The series of state of the art NINJAGO vlogs now has another episode to enjoy as the LEGO Group’s explorer duo faces a draconic encounter on the island.

The NINJAGO vlogs are continuing to weave a tale inspired by the latest season of the LEGO theme as Jay and Nya respond to the last episode’s fan vote in an attempt to bring the characters to life like never before. You can catch up on the second instalment here.

For those who are unfamiliar with this new episode LEGO series, each episode uses high-tech equipment to match a pair of actors real-life movements onto a minifigure skeleton render, which is then refined and placed into a 3D setting to create a seamlessly fluid and organic animation, that can react in real-time.

The LEGO Group have been uploading a teaser for each episode to YouTube whilst the full episode can only be viewed on the official website. Whilst these are aimed at younger builders, we won’t tell anyone if some older fans of NINJAGO also want to join in on the fun. Each instalment contains polls, building challenges and other interactive elements using the LEGO Life app.

We’ve yet to see if this new series that blends animation and live-action is perhaps an experiment for something larger, but it seems likely that the LEGO Group could take this idea further should it prove popular enough by the end of the vlogs.

According to the information provided by the original reveal, the next episode could be the last and we’ll let you know when it goes live.