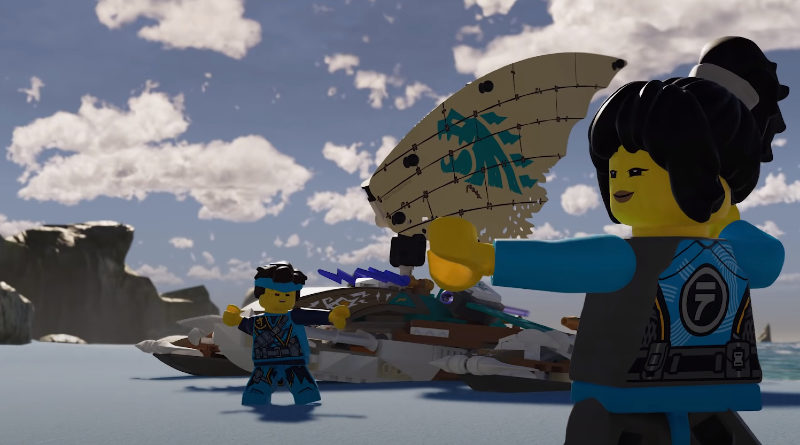 The second episode of the high-tech LEGO NINJAGO vlog series has been released as the heroic team begin to survey the island and their own vehicles.

The new collection of NINJAGO vlogs, which were recently announced alongside the first instalment, sees Jay and Nya brought to life like never before as actors portray the fan-favourite characters by blending live-action and animation

Whereas the initial episode saw the characters mostly sitting behind a desk, the technology is given a more comprehensive showcase this time with Jay and Nya exploring the beach on the first day of their expedition.

As part of this discovery, Jay is at work repairing the team’s catamaran, as the actor sits in the background of the scene. It’s the first example of mixing LEGO sets with the new technology and will likely be expanded on in upcoming episodes. So far, only 71748 Catamaran Sea Battle has been seen but we expect the rest of The Island sets to cameo too.

The LEGO Group have released a teaser of the episode to their YouTube channel, or builders can head to the LEGO Life app to see it in full. Alternatively, you can see exactly how they’re filmed here or catch up on the series so far here.