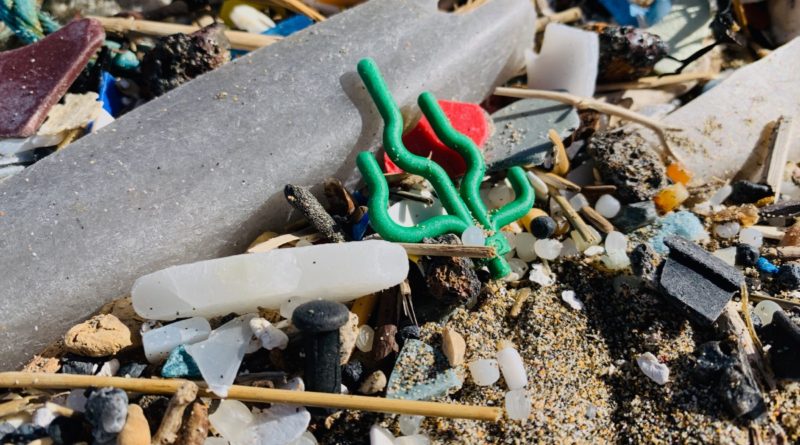 The LEGO Group says bricks ‘belong at home, not in the ocean’, but it ‘can’t turn back the clock’ on the 1997 cargo spill that saw millions of LEGO pieces fall into the sea.

Speaking to Tracey Williams for her new book, Adrift: The Curious Tale of the LEGO Lost at Sea, the LEGO Group’s Vice President for Environmental Responsibility Tim Brooks has offered rare official comment on the Tokio Express’s cargo going overboard.

Among the 62 shipping containers lost just off the Cornish coast on February 13, 1997 – following a rogue wave rocking the ship 60 degrees one way, and 40 degrees back – was one that held some 4.8 million LEGO pieces, many of which were nautically-themed.

Beachcomber Williams has spent much of the past 12 years chronicling the elements that have since washed up along beaches in Cornwall, including life jackets, octopuses, dinghies and dragons. She’s now published a record of that work in Adrift, which dives into the environmental impact of LEGO bricks and other plastic toys lost to the oceans.

The book is capped off with an interview with Brooks, who says the LEGO Group is ‘passionate about keeping LEGO bricks out of nature’.

• 25 years on, LEGO lost at sea is still washing up on beaches
• New book highlights dark side of LEGO’s longevity

“Although the 1997 LEGO spill is a historic case, it does highlight the importance of this issue,” he tells Williams, noting that the company ‘can’t turn back the clock, much as we’d like to’. “I’d love to go back 25 years and not let anything get in the ocean.”

The Tokio Express’s insurers were responsible (and paid for) the initial clean-up of its lost cargo, but the LEGO Group did provide a detailed breakdown of the elements involved to oceanographer Dr. Curtis Ebbesmeyer, who’s since worked closely with Williams on cataloguing those pieces as they’ve turned up.

Brooks also points out that the LEGO Group rarely ships bricks by sea today, even if it is still the most environmentally-friendly way to send goods around the world. Instead, it uses its factories across the globe to service local markets, transporting bricks by road to Europe, the US and China. But even still, LEGO elements have a way of turning up on shores.

“We do find LEGO all the time, and it isn’t just from the spill,” Williams tells Brick Fanatics. “A lot of LEGO does end up on beaches anyway. When I spoke to Tim, that was one of the things [the LEGO Group] really wanted to investigate, how it was ending up in beaches, because in their view, LEGO should only be in homes or in schools, not out in the wild.”

You can find out more about the impact of the 1997 spill – and hear more from Tim Brooks and the LEGO Group – in Adrift: The Curious Tale of the LEGO Lost at Sea, which is available to purchase from Amazon and all good retailers now. In the meantime, click here to read our interview with Williams.