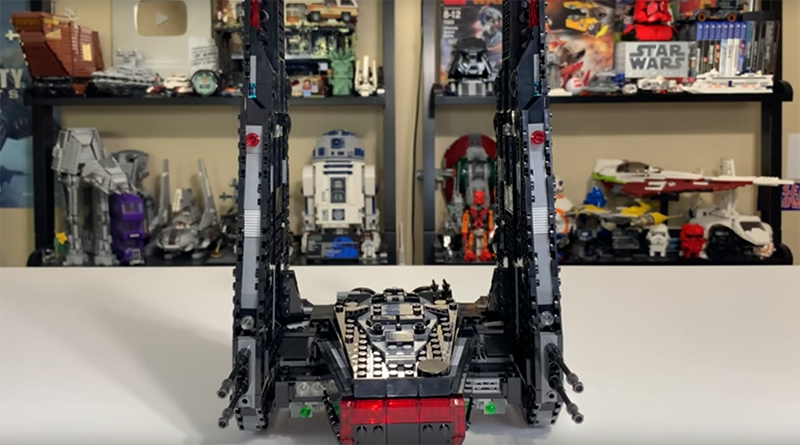 Fans can get a close look at LEGO Star Wars 75256 Kylo Ren’s Shuttle in a YouTube review video.

Since managing to get hold of the entire wave of Star Wars: The Rise of Skywalker sets a few days ago, MandRProductions has been revealing the constructed sets on YouTube. This video reveals LEGO Star Wars 75256 Kylo Ren’s Shuttle, giving fans an opportunity for a closer look at the set and its minifigures. The characters included are Kylo Ren, General Pryde, Sith Trooper, First Order Stormtrooper, and two Knights of Ren.

The set will get a wide release on October 4, dubbed ‘Triple Force Friday‘. Later today, Lucasfilm will host a livestream on YouTube to showcase the products with a star-studded line-up.

Other videos published on this channel look at 75256 Kylo Ren’s Shuttle and 75254 AT-ST Raider.