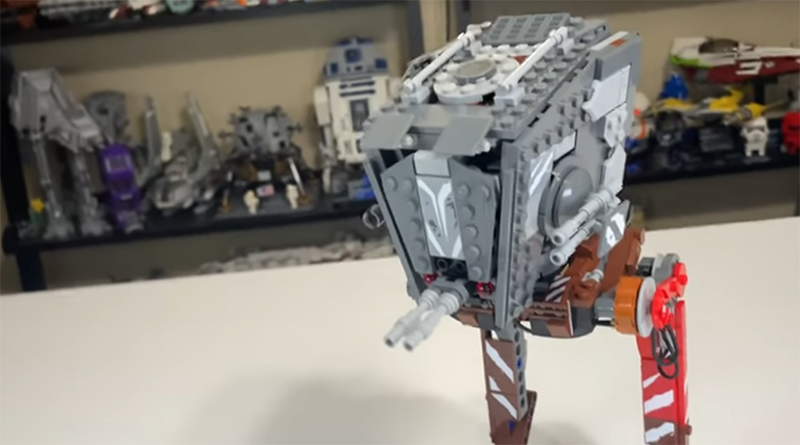 In a new YouTube review video, fans can get a close look at the first set that will be released based on Star Wars: The Mandalorian – 75254 AT-ST Raider.

The latest set from the LEGO Star Wars range that will be released ahead of The Rise of Skywalker to be unveiled on YouTube is 75254 AT-ST Raider. On October 4, dubbed ‘Triple Force Friday‘, it will be the only regular retail set inspired by the upcoming streaming series The Mandalorian.

Although it is not supposed to be available yet, MandRProductions was able to purchase it along with every other upcoming set from the pre-movie range. This video provides a good opportunity for fans to see 75254 AT-ST Raider fairly close up and check out the minifigures – The Mandalorian, Cara Dune and two Klatooinian Raiders.

Later today, Lucasfilm will host a livestream on YouTube to showcase the products with a star-studded line-up. Other videos published on this channel look at 75256 Kylo Ren’s Shuttle and 75255 Yoda.