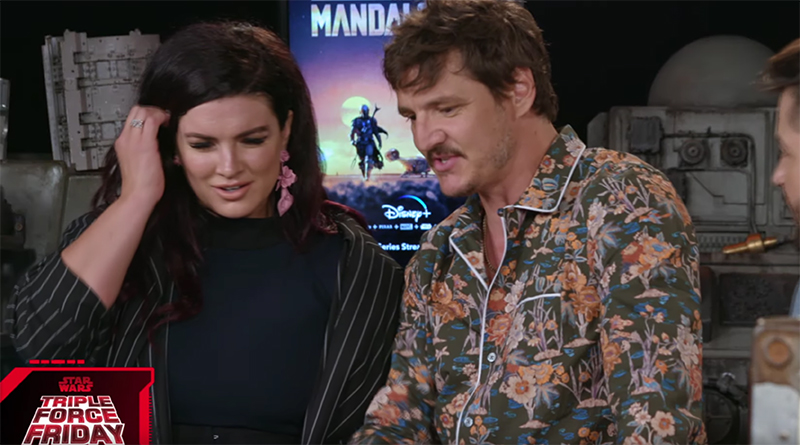 A teaser trailer promises that the new products, including LEGO sets, based on Star Wars: The Rise of Skywalker, The Mandalorian and Jedi: Fallen Order will be revealed on Thursday.

In a marketing campaign that is definitely not confusing, the Star Wars YouTube channel will host the Triple Force Friday Global Reveal – on a Thursday. This Thursday, on September 26, the Star Wars YouTube channel will reveal the new products – including LEGO Star Wars sets – from Star Wars: The Rise of Skywalker, The Mandalorian and Jedi: Fallen Order, that will be released in stores on October 4, also known as Triple Force Friday.

The livestream – that the trailer suggests has been pre-recorded – will begin at 2.00pm (ET)/11.00am (PT) for US viewers, and 7.00pm for UK viewers. It looks to have some real star power involved, with seemingly the entire core cast from both The Rise of Skywalker and The Mandalorian showing up.

While the stream is marketed as a ‘reveal’, most of the products have started to be sold already, including all of the new LEGO sets. 75250 Pasadana Speeder Chase, 75256 Kylo Ren’s Shuttle and 75232 Kylo Ren and Sith Trooper were all found at retail over a week ago and a YouTuber managed to snag the entire wave, while another fan picked up 75249 Resistance Y-wing Starfighter.