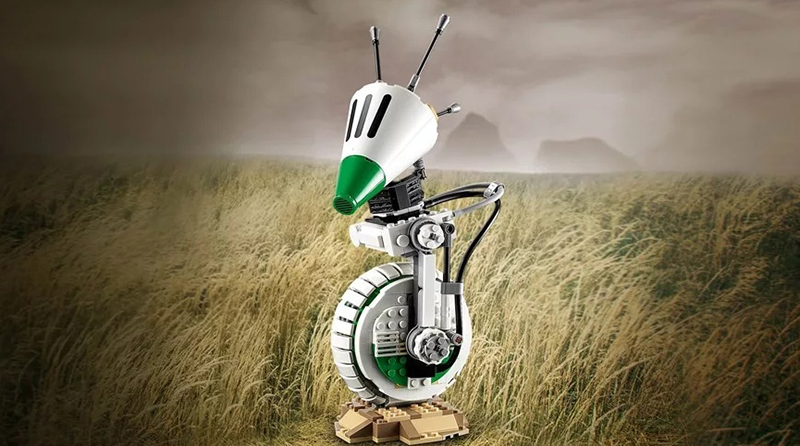 Official images of the upcoming LEGO Star Wars set, 75278 D-O, showcasing the droid from Star Wars: The Rise of Skywalker.

LEGO Star Wars 75278 D-O is on the way soon, with the new set that was revealed at New York Toy Fair offering a new detailed model inspired by Star Wars: The Rise of Skywalker.

Rebelscum and Promobricks point fans towards Proshop, where official images of the new set were published. It is a huge image gallery, with accompanying information copnfirming that the build has movable antennas and the head can be rotated 360 degrees.

D-O has a unique shape, with a wheel at the bottom of the robot allowing the droid to roll around, but while the wheel moves, the head remains upright. This is clearly not an easy shape to replicate in LEGO bricks, yet the LEGO design team has managed to do so.

Images of 75292 The Razor Crest also recently turned up online.