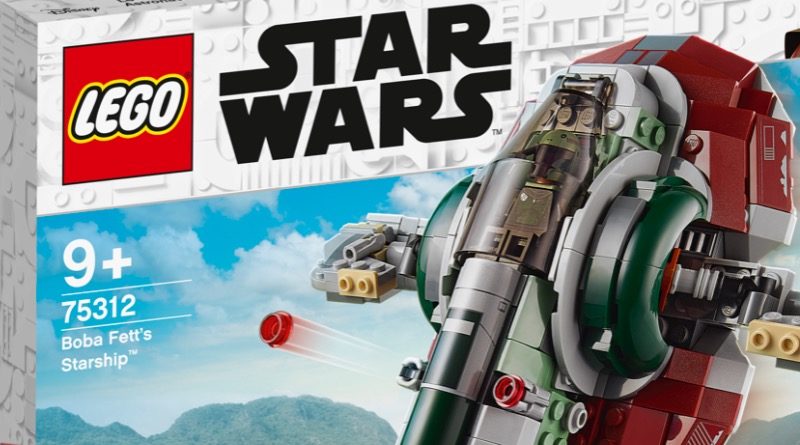 The memes have already started flying around Disney’s decision to rename Slave I as 75312 Boba Fett’s Starship in this summer’s LEGO Star Wars wave.

As revealed over the weekend, Disney has apparently abandoned all reference to the original name of Boba Fett’s ship across its Star Wars merchandise, starting with the LEGO Group’s latest, budget-friendly incarnation of Slave I launching August 1.

And, because this is the internet, the naming format behind 75312 Boba Fett Starship has already been mocked beyond belief by LEGO Star Wars fans. Just check out the responses to this tweet by Ryan (or MandRproductions), for instance:

Leading with a character’s name (or a catchier, more toy-like moniker) above the in-universe name for a vehicle is nothing new for the LEGO Group, of course. None of the three renditions of General Grievous’s Starfighter have been branded Soulless One; likewise for the three iterations of the Clone Turbo Tank, which is actually known canonically as the HAVw A6 Juggernaut.

75312 Boba Fett’s Starship will be available to buy from August 1. You can check out our review of the Mandalorian-inspired set – which includes both Beskar Mando and a brand new Boba Fett minifigure – by clicking here.