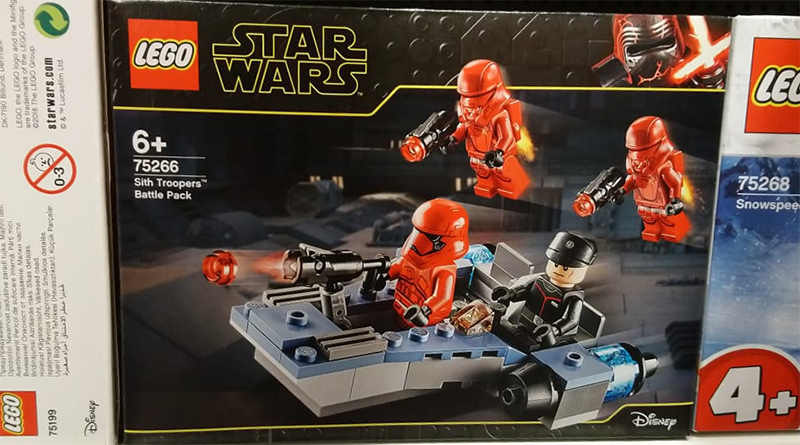 New LEGO sets that are not expected to be released until December 26 at the earliest, including Star Wars and Disney sets, are showing up in shops early.

Two new LEGO sets that are part of the January 2020 launch wave were spotted at a branch of The Entertainer in the UK, with reports coming in that different branches are putting stock out early. LEGO Disney 43176 Ariel’s Storybook Adventures and LEGO Star Wars 75266 Sith Troopers Battle Pack have both been spotted, with City sets also reported as turning up.

Brick Fanatics has reviewed 75266 Sith Troopers Battle Pack, making the decision to buy the Star Wars: The Rise of Skywalker set all the easier.

These new sets are expected to launch in the UK on December 26 and in the USA on January 1. Some of the 2020 releases will be available immediately on Boxing Day, some will not be available until New Year’s Day, and it seems some are out there already for avid collectors to hunt down.