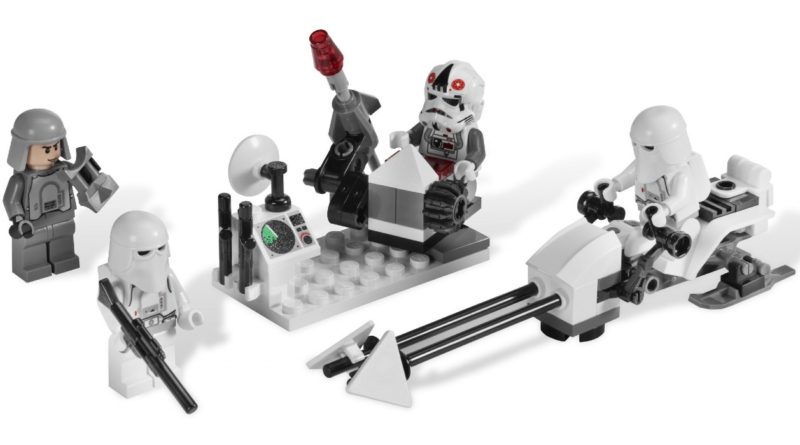 Following an unprecedented year off in 2021, LEGO Star Wars battle packs will reportedly return to shelves in 2022.

Promobricks claims that 75320 Hoth Battle Pack will launch in January, supplementing the also-rumoured Ultimate Collector Series 75313 AT-AT, which is thought to be arriving in November. As per previous battle packs, expect four minifigures in the box: in this case, three Snowtroopers and a single Scout Trooper.

A Scout Trooper may seem like an odd choice for a Hoth set, but Promobricks suggests it could be a new version of the soldier, akin to the Hoth Scout Trooper action figure released by Hasbro. The accompanying builds in the 105-piece set will apparently be a speeder bike, E-web blaster and small snow wall.

However, there is one caveat to what’s sure to be a very welcome return of traditional battle packs: according to Promobricks, 75320 Hoth Battle Pack will retail for €19.99, which is a €5 bump on the most recent battle packs. That cost increase could be explained by a rumoured buildable display stand for the minifigures, but the part count still seems pretty small for the price.

Remember, this is still only a rumour for now, and should be treated lightly until confirmed otherwise by the LEGO Group.