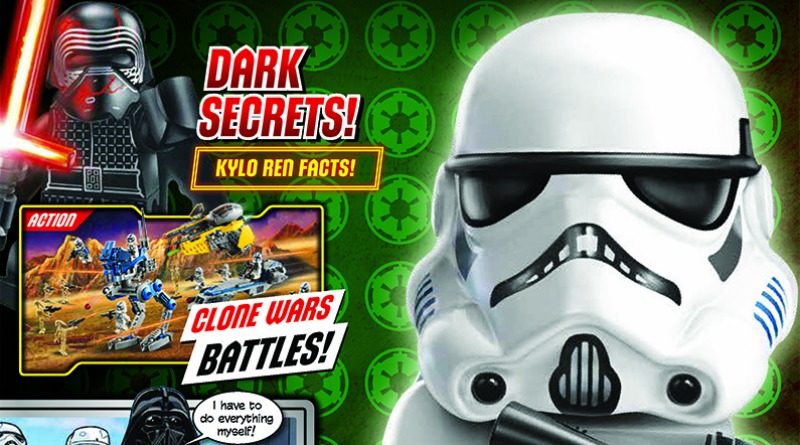 Issue 67 of the LEGO Star Wars magazine is out now, and includes a free buildable TIE Interceptor model.

The 42-piece model will probably be the main reason most of us seek out the mag, as it’s the only hint we’ve had at an official TIE Interceptor model since 2006 (Microfighters and mini models aside). In the decade and a half that’s followed, we’ve had no fewer than three classic TIE Fighters, but the Interceptor has remained elusive.

If you’re really desperate for a modern minifigure-scale TIE Interceptor, though, you could do much worse than picking up 75300 Imperial TIE Fighter, which reconfigures quite easily into the four-winged starfighter.

Otherwise, you can get a taste of the alternate TIE model in Issue 67 of the LEGO Star Wars magazine, which is available at all good stockists for just £3.99. You’ll find the usual mix of comics, puzzles and posters inside, along with the promise of a ‘new Clone Wars LEGO set’ – which, if the cover is anything to go by, is likely to be just 75280 501st Legion Clone Troopers.

Last month’s issue of the LEGO Star Wars magazine included a mini Obi-Wan’s Jedi Interceptor, while next month’s will come bundled with a Mandalorian minifigure.