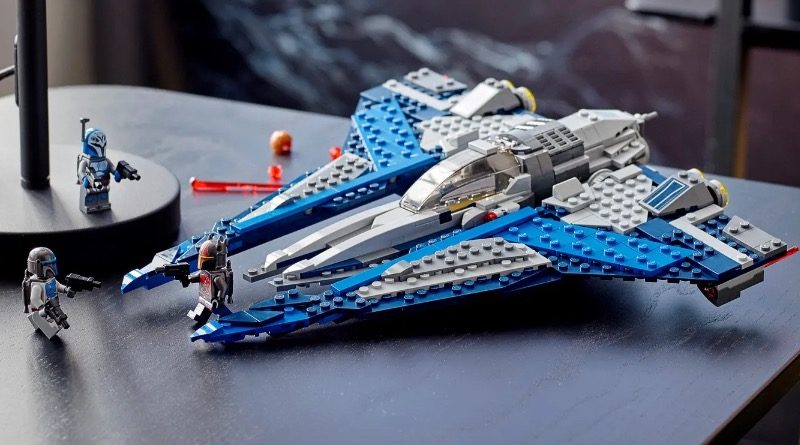 Another LEGO Star Wars set has been quick to leave the official online store as the popular picks from the new August releases continue to be revealed.

Following the stock shortage on 75312 Boba Fett’s Starship and  75296 Darth Vader Meditation Chamber, more of the new Star Wars range has sold out on the UK storefront of LEGO.com as Bo-Katan Kryze might need to search for some alternative transport.

LEGO Star Wars 75316 Mandalorian Starfighter is temporarily unavailable from the official online store for the time being as the August shopping season persists amidst the tempting deals and multiple product launches all on the same day.

With a trio of exclusive minifigures and an authentic build that recreates the craft as seen in Star Wars The Clone Wars Season seven, it’s not surprising to see that the LEGO set has proved itself popular with shoppers. As mentioned in our in-depth review, the minifigures are especially good with a new helmet piece that only appears in one other set.

With any luck, the LEGO Group can quickly restock this selection of currently missing LEGO Star Wars models on the official shop in time for the end of August, when the free LEGO Ideas 40487 Sailboat Adventure offer will end.