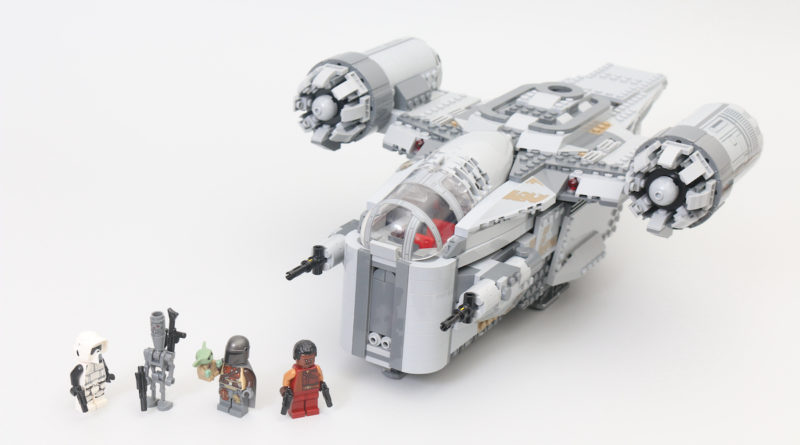 A new version of the Razor Crest may be joining the LEGO Star Wars line-up in 2022, albeit at a much smaller scale than 75292 The Mandalorian Bounty Hunter Transport.

Instagram user lego_club_news reports that Din Djarin’s ship will be the next Star Wars vehicle to get the chibi treatment in 75321 Razor Crest Microfighter. It’s a set that feels long overdue at this point, not least because the vehicle itself – spoiler alert – was destroyed in the second season of The Mandalorian.

According to the same source, the $9.99 set will launch in January 2022, and comes packed with a Beskar Mando minifigure. If that’s true, 75321 Razor Crest Microfighter will be the fifth set to include the detailed version of the character after 75299 Trouble on Tatooine, 75312 Boba Fett’s Starship, 75315 Imperial Light Cruiser and 75319 The Armorer’s Mandalorian Forge.

Between 75321 Razor Crest Microfighter and the rumoured 75320 Hoth Battle Pack, we’re starting to get a clearer image of what to expect from the LEGO Star Wars theme in January 2022. But as usual, treat both those claims with caution until confirmed otherwise by the LEGO Group.