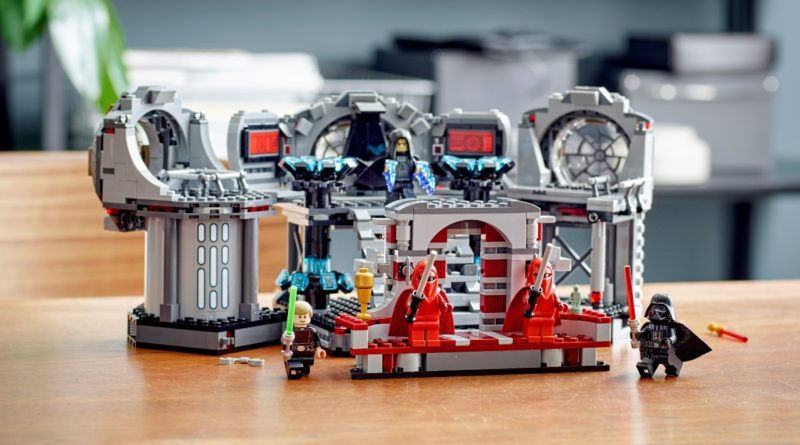 Whilst a new release window for LEGO Star Wars: The Skywalker Saga is confirmed, a pair of tie-in sets will retire before seeing the game’s launch.

The delays of LEGO Star Wars: The Skywalker Saga have been numerous, with the original release date in 2020 meaning that some of the corresponding models, which unlock codes for content in the game, will have retired when the title eventually launches.

As reported in our list of every retiring LEGO Star Wars set, both 75291 Death Star Final Duel and 75293 Resistance I-TS Transport will leave the official online store by December 31 2021. The two feature an exclusive secret code, noted on the back of the box, that unlocks a character or vehicle in LEGO Star Wars: The Skywalker Saga, acting as suitable marketing per the original release date.

However, thanks to the multiple delays that have caused the game to now have a release window of Spring 2022, these two sets and the codes that unlock their exclusive content will be unavailable to purchase before 2022 arrives.

That means those who hope to add these builds to their collection and gain access to the characters or vehicles that they unlock in LEGO Star Wars: The Skywalker Saga will need to do so before they retire – but the codes will likely still function long after they are removed from physical and digital shelves.

You can check out our in-depth review for both 75291 Death Star Final Duel and 75293 Resistance I-TS Transport here and here respectively. To find out more about the upcoming LEGO game, a new trailer for it has been released alongside the updated launch window and we’ve got a guide to every option for pre-ordering the game including an exclusive minifigure.