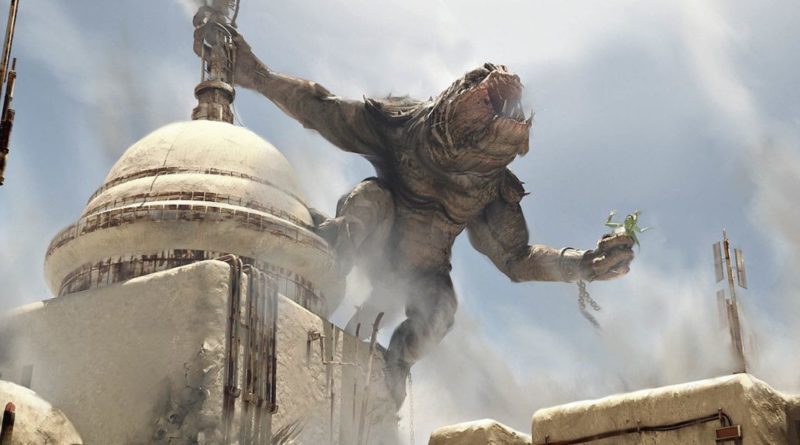 A rumour suggests we might be seeing a LEGO Star Wars: The Book of Boba Fett Rancor set arriving at some point in 2022.

We recently reported on a post from Instagram user legohio regarding a potential drum-lacquered gold C-3PO minifigure that may be included with a rumoured 75341 UCS Luke’s Landspeeder later this year. The same user had also previously claimed that the LEGO Star Wars theme will receive its first mini-doll in 2022, although both rumours are still unproven.

Now the Instagram user has posted that another LEGO Star Wars: The Book of Boba Fett set is on its way, in addition to the recently-released 75326 Boba Fett’s Throne Room and the upcoming 75325 The Mandalorian’s N-1 Starfighter.

The latest rumour from the user states that a new LEGO Star Wars: The Book of Boba Fett set is due out later this year, based on the battle in the final episode of the Disney+ show. The post states the set will include a brick-built Scorponek droid and a bigfig representation of Boba Fett’s young Rancor.

The new Rancor figure will apparently not be reusing the same mold as the model included with 75005 Rancor Pit. Instead, the young Rancor is said to appear very similar to the bigfig available with 70907 Killer Croc Tail-Gator. We previously reported on a potential Rancor figure being included with a LEGO Star Wars set sometime in 2022 last year, with the latest Instagram post now adding more weight to the rumour.

The LEGO Group has yet to confirm the existence of any LEGO Star Wars: The Book of Boba Fett sets beyond 75325 The Mandalorian’s N-1 Starfighter, so do treat all of these rumours as unsubstantiated until we have any more information.