It was not a complete surprise when LEGO Star Wars: The Skywalker Saga was announced at E3 2019, as Lucasfilm sound supremo Matthew Wood had let the Loth Cat out of the bag at Star Wars Celebration Chicago. Given the quality of previous LEGO Star Wars titles though, it promises to be something for fans to look forward to.

In an interview with IGN, TT Games Head of Design Arthur Parsons promised that things will change with this title: “It’s time to shake things up, shake the formula up and try something completely different”.

As has already been noted, what has been shown of the game offers newness and different ways of exploring the galaxy far, far away than before. Combat is confirmed to be a key part of this change, with a melee combat system allowing for combos, as fans experienced in The LEGO NINJAGO Movie Videogame.

“The game is built on the premise of freedom, the ultimate freedom to go wherever you like in the Star Wars galaxy. We want people to explore everywhere and find all the hidden areas, find the hidden Jawa village on Tatooine,” Parsons also confirmed. 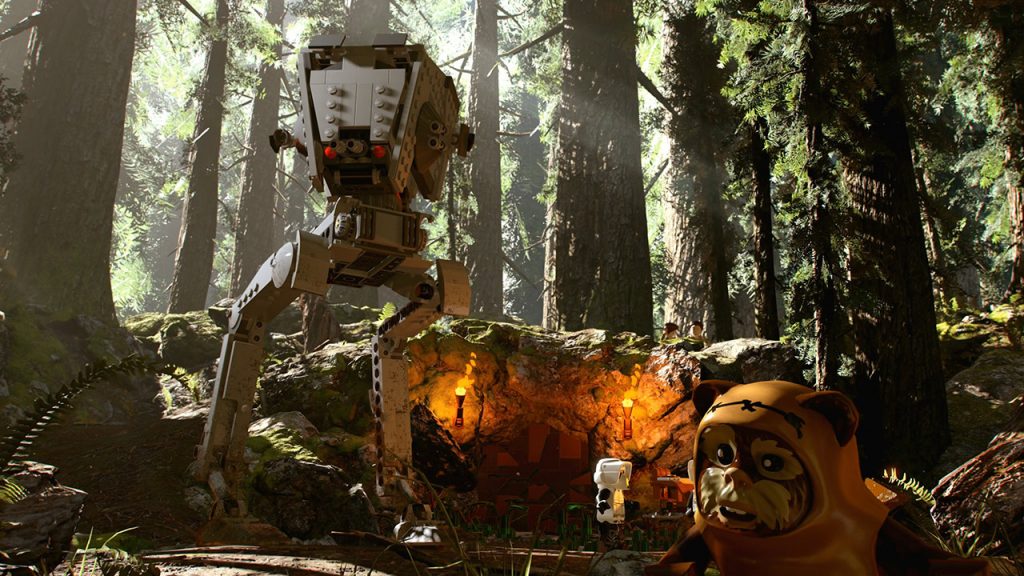 While much has been made of the game being from scratch, this is not particularly surprising – LEGO Indiana Jones 2: The Adventure Continues was all-new, as were the many Marvel and DC titles. What has been lauded as a positive aspect of the new game is the space aspect, that sees players flying spaceships and selecting a planet to travel to.

In total, there will be 45 missions as well as side quests and other little adventures to partake in.

Perhaps the most welcome news for fans of the early LEGO video games is that while the game will have a voice cast, the developers are considering a version that eliminated the vocal track in favour of classic grunts. In order to create something new, maybe the team behind LEGO Star Wars: The Skywalker Saga needs to go back to the beginning.