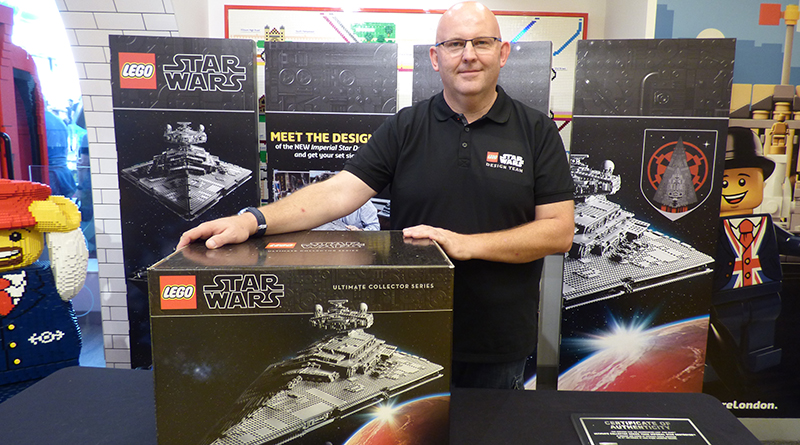 LEGO Store launch events in London are becoming commonplace, but that did not dissuade fans from queuing for hours outside the Leicester Square flagship store to be one of the first people in the world to buy LEGO Star Wars Ultimate Collector Series (UCS) 75252 Imperial Star Destroyer.

The set had been announced for release on September 18, but September 15 was the day that a few fans could own the Ultimate Collector Series set early. Unlike the launch for 75192 Millennium Falcon, this set was released at the more sociable 12.00pm, the one that happens at midday rather than midnight.

When arriving inside the store, VIPs could continue to queue until they reached their destination – a desk, where LEGO Model Designer Henrik Andersen would sign the box and a certificate of authenticity to confirm it was purchased at the launch event.

As well as the exclusive certificate, those who purchased the set received a free LEGO Star Wars Mystery Box and 40336 Newbury Juice Bar set.

A total of 200 sets were made available for the event, but the store did not sell out.