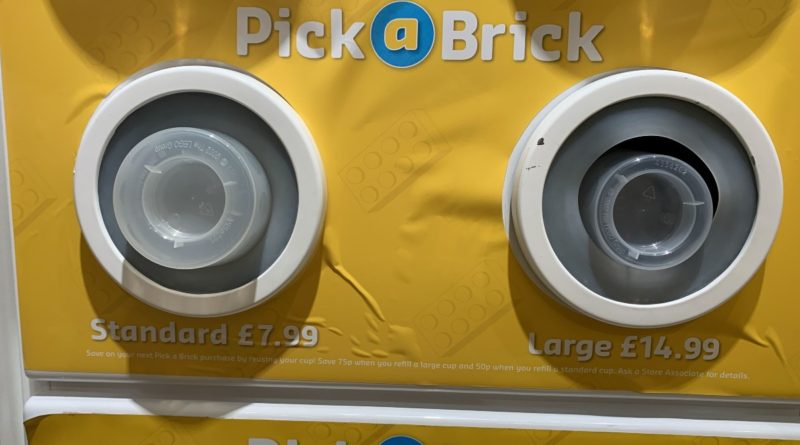 LEGO stores across the UK are raising the prices of Pick a Brick cups by up to 25% for 2022 with changes being made across the region.

The new year has begun and with it comes adjustments to the LEGO Group’s physical retail locations as Brick Fanatics can report that prices for Pick a Brick cups have increased for 2022 with details on how much more you can expect to pay for the standard and large containers.

This change will be present starting from the beginning of 2022 at all official UK LEGO stores but it is not yet known whether other regions will see a similar price change over the next year.

This follows a survey being held in 2021 for potential changes to the service, though that only asked about new colours of bricks being added to the service and may only concern the official online store.

It also comes after an official statement from the LEGO Group that responded to reports of price adjustments in 2022. However, the response did not mention any changes coming to official retail locations.