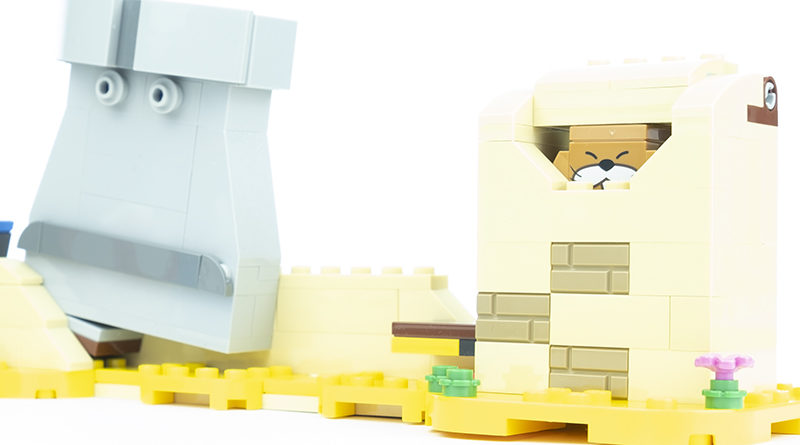 40414 Monty Mole & Super Mushroom Expansion Set is free with 71360 Adventures with Mario Starter Course at LEGO Stores until August 9. It was previously available with LEGO.com pre-orders for 71360.

This set is built on the yellow platform pieces that represent sand in several sections. One section is the mole hole, in which the Monty Mole character is placed with a lever at the bottom. The other is the grey stone feature, which is built at an angle with a lever underneath it. Visually, it is clean and striking, fitting in well with the other sets in the theme.

As for the function, it works really, really well – that one of the best designed sections across the theme is a gift with purchase is pretty amazing. First, Mario must leap onto the ‘Pow’ crate, which activates the lever and tips the stone section. He then jumps onto the stone section’s scannable tile, which provides an appealing 10 coins.

That stone feature tipping sends Monty Mole popping out of the creature’s hole, so Mario can leap onto the villain and defeat him. By jumping onto the Super Mushroom, Mario also gets mushroom power.

Monty Mole and the Mushroom are well design with nice printed faces, as is the case with the characters across the theme.

LEGO Super Mario 40414 Monty Mole & Super Mushroom Expansion Set is a nice, clean set. It is packed into a small space and offers a visually appealing model that also has great functionality that will add to the gameplay. Those buying 71360 Adventures with Mario Starter Course will enjoy this free gift add-on. 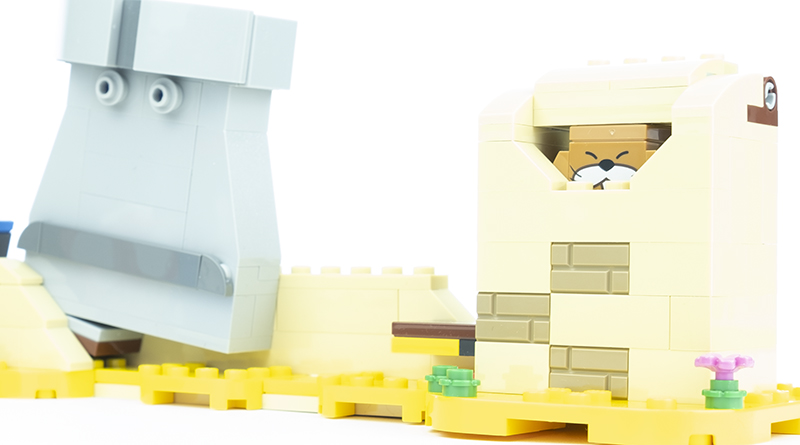