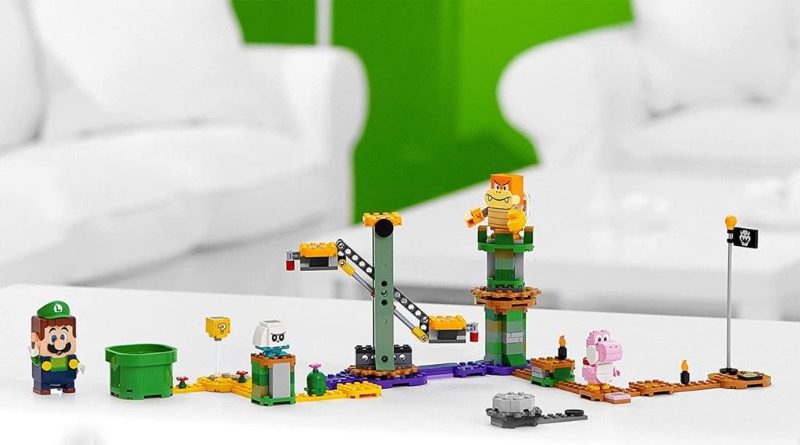 LEGO Super Mario is getting another brand new biome this summer, adding new challenges and hazards to the buildable video game courses.

The newly-revealed 71387 Adventures with Luigi Starter Course has given us our first glimpse at what will be the theme’s sixth environment, following in the footsteps of the current palette of plates that represent fire, water, sand, grass and poison (or the Soda Jungle, first introduced in January).

With all three primary colours and the two main secondary colours already claimed, however, the LEGO Group has turned to a less vibrant hue for this mysterious new biome, which will be represented by medium nougat bricks.

We don’t yet know exactly what environment these elements will stand in for, but based on the existing line-up, it’s safe to say it will have at least some impact on how Mario (or now Luigi) progresses through the custom-built courses.

With only a handful of medium nougat pieces included in 71387 Adventures with Luigi Starter Course, it’s also reasonable to assume whatever other LEGO Super Mario expansion packs are in the works for this summer will help bolster our stockpiles of pieces to represent the new biome.

This new addition to the theme may prove beneficial for builders regardless of any prior interest in the LEGO Super Mario sets, meanwhile, delivering greater quantities of plates in a useful – but comparatively rare – colour than we’ve seen elsewhere.

We’ll keep you updated on this year’s Super Mario sets – including the identity of this new biome – as we learn more. In the meantime, you can ready yourself for the arrival of Luigi (and all the promise he holds for the video game theme) by picking up the current selection of sets at LEGO.com.

If you do so using our affiliate links, we’ll be able to keep bringing you the latest and greatest LEGO news, reviews and features. Thank you!