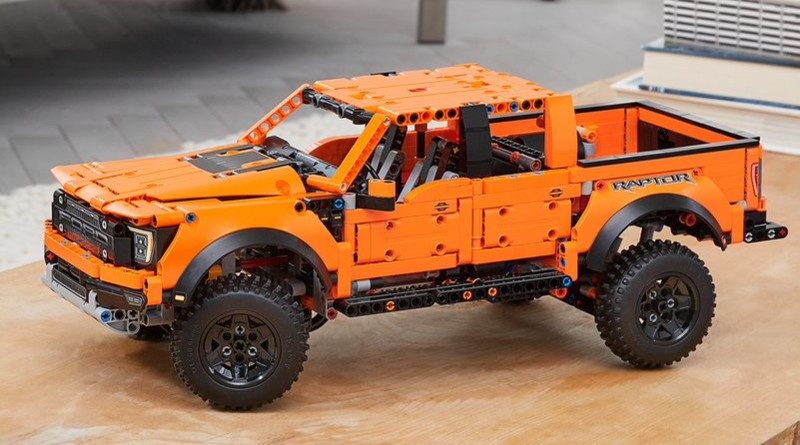 The newly-revealed LEGO Technic 42126 Ford F-150 Raptor is now available to pre-order at LEGO.com across the UK, US and Europe, confirming its international price and release date.

Originally unveiled by Walmart yesterday, the 1,379-piece pickup truck comes in at a bewildering £129.99 in the UK and from €139.99 in Europe. That’s a severely high markup on its $99.99 US price, but perhaps reflects how much more widely-recognisable the F-150 is in the US compared to this side of the pond.

According to the official set description, 42126 Ford F-150 Raptor includes a V6 engine with moving pistons, four-wheel suspension, opening doors and an opening hood. Beyond that, though, it sounds pretty free of functions, and there’s obviously no Powered Up or CONTROL+ elements to the build given the price tag and part count.

42126 Ford F-150 Raptor is due to launch on October 1, the same day as 10290 Pickup Truck, another newly-revealed set that’s very similar in premise – and even weighs in at a similar price point. That System-based LEGO for Adults model is only available to pre-order in the US, however, while its Technic counterpart can also be pre-ordered in the UK and Europe.