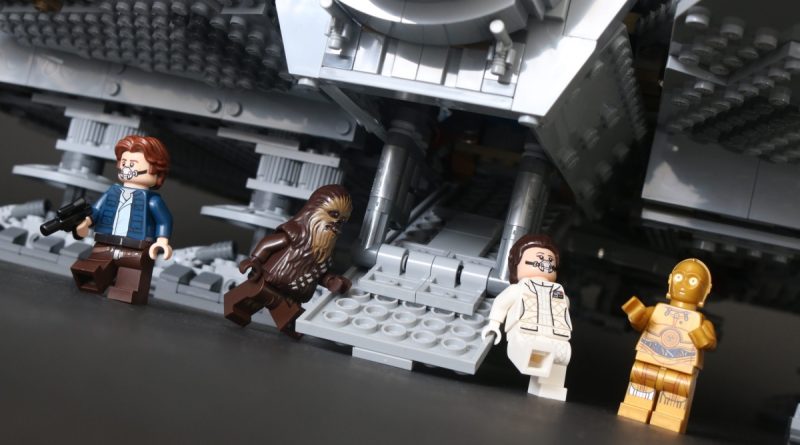 Worried LEGO Star Wars 75192 Millennium Falcon could retire at any moment? Fret not: the LEGO Group says it ‘always has to be available to people’.

While other LEGO Star Wars sets come and go, from basic battle packs to behemoths like 75252 Imperial Star Destroyer (due to retire at the end of 2022), some products command much longer shelf lives. 10188 Death Star springs to mind – it was available from 2008 all the way to 2015, before being replaced by a slightly-updated (and much more expensive) version in 2016.

75192 Millennium Falcon is now reaching for the same status, having been available to purchase since September 14, 2017. While it’s previously been scheduled to depart by the end of 2020, and then the end of 2022, its current retirement date is December 31, 2024. And chances are good that at some point in the next two years, that date will get pushed back yet again.

By now, the reasons for that postponed retirement (sorry, UCS Falcon, you’re never drawing that pension) should be obvious – and the LEGO Star Wars team is fully aware of them, too.

“It’s just a super popular model, and I think it’s also one that more or less always has to be available to people, because we know that it’s just the icon over them all,” the theme’s Creative Lead Jens Kronvold Frederiksen tells Brick Fanatics.

“Very often with the big sets – it’s the same also with our Death Stars in the past – it’s a fact that if you have the strong icons, they are just popular and they automatically then get a long [shelf] life. And especially if they hold up, because we are also of course looking at the models and thinking, is this still holding up?”

It’s fair to say that 75192 Millennium Falcon absolutely does hold up, five years on, with a design that any LEGO Star Wars fan would still be lucky to have the chance to assemble. (It’s not a cheap build, after all.) But even if you’re still slowly saving towards the mammoth set – especially in the wake of its recent price bump, all the way up to £734.99 / $849.99 / €849.99 – take solace in the fact you should have plenty of time left to do so.

Did you know that the UCS Millennium Falcon is now five years old? Check out all our celebrations of its milestone anniversary by clicking here, and consider supporting the work that Brick Fanatics does by purchasing your copy using our affiliate links. Thank you!