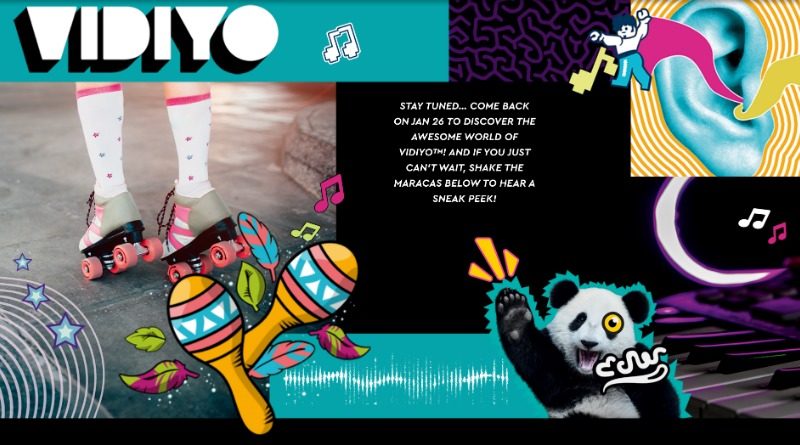 The LEGO Group has debuted a teaser page for its brand new LEGO Vidiyo theme, promising a full unveiling later this month.

A first teaser appeared on the LEGO Kids Experience section of LEGO.com US earlier this week, revealing a colourful llama minifigure wielding a pair of maracas. The full splash page for the upcoming music-oriented theme – developed in conjunction with Universal Music Group – is now live, with a full reveal slated for January 26.

The tagline for the theme is ‘capture the beat of your world’, which speaks even further to the music-driven nature of this mysterious new range. We don’t know a whole lot about LEGO Vidiyo yet, but rumours suggest it will combine augmented reality with physical bricks – much like Hidden Side – to allow builders to shoot their own music videos.

The splash page features the llama character’s maracas, with a prompt to shake them for an audio preview of what to expect from the theme. Unfortunately, this interactive element doesn’t work at the moment, so we’ll just have to imagine the zany sound effects it would have triggered.

Check back with Brick Fanatics on January 26 for a first glimpse at LEGO Vidiyo. You can support the work that we do by purchasing your LEGO sets using our affiliate links.