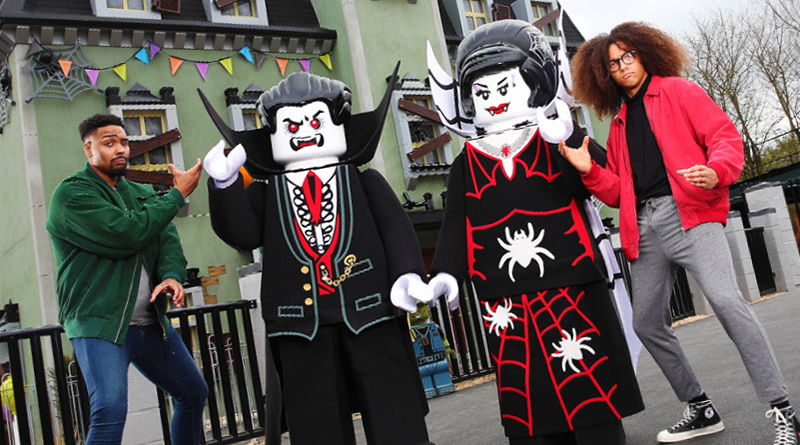 Discounted LEGOLAND Windor Resort tickets are now avaialble until July 31, offering up to 40% off for guests visiting this year.

To celebrate the launch of the Haunted House Monster Party attraction, the LEGOLAND Windsor Resort is offering a 40% discount on tickets as part of the ‘Monster Summer Sale’. Any tickets booked to the theme park, for any date up until November 2, will be eligible for the deal as long as they are booked before the end of July – extended from the original June deadline.

A new show has kicked off at the theme park, in ‘LEGO Friends to the Rescue’, which takes place at Heartlake City Harbour several times each day.

Glastonbury festival was added to Miniland last week. The new model includes a backstage area with other artists including Kylie, Liam Gallagher and Miley Cyrus, as well as festival staples such as portaloos, tents and a mud slide. Approximately 10,000 LEGO bricks were used in the model, with around half of them making up a recreation of the Pyramid Stage.

Things recenty got spooky at the LEGOLAND Windsor Resort with the opening of The Haunted House Monster Party. The new attraction will see Lord Vampyre invite guests to a monstrous party, where they will be greeted by “joke-telling LEGO gargoyles and talking statues, LEGO bunting, banners and balloons”. 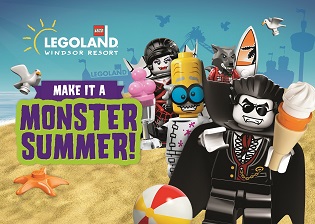