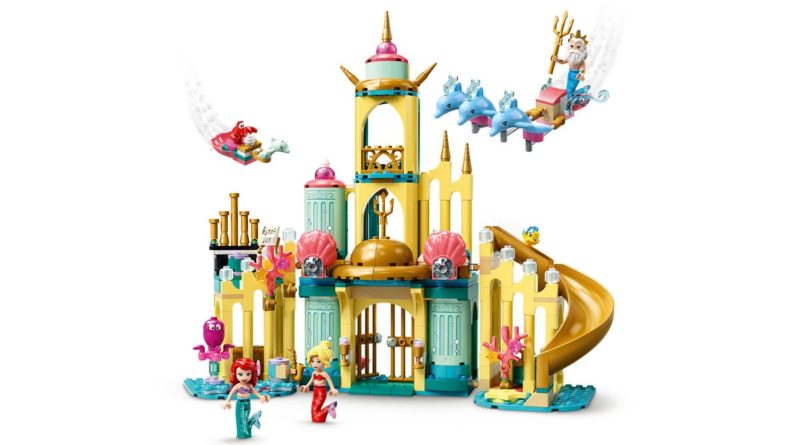 LEGO Disney is heading under the sea later this year with a massive model for The Little Mermaid as part of two sets revealed by an online retailer.

Two previously rumoured LEGO Disney sets have been revealed by online retailer JB Spielwaren, offering a first look at high-quality images of the builds and the new mini-dolls included with them.

The Little Mermaid gets significant attention in the new range with a huge recreation of an undersea castle as well as new King Triton and Arista figures. Plenty of sea creatures are also included in the set and you check out both new creations in the galleries below:

Another Frozen is coming our way on March 1 according to the retailer with Elsa and Nokk featured in a small set with a build of a stable made of trees, as well as a chest filled with carrots to the side.

LEGO Disney has already had a few sets join the theme in 2022 with four models referencing Brave, Frozen, The Princess and the Frog, Sleeping Beauty, Aladdin and Mulan.

Rumours also suggest that another Disney Parks build could be released later this year, though this has not been officially confirmed.