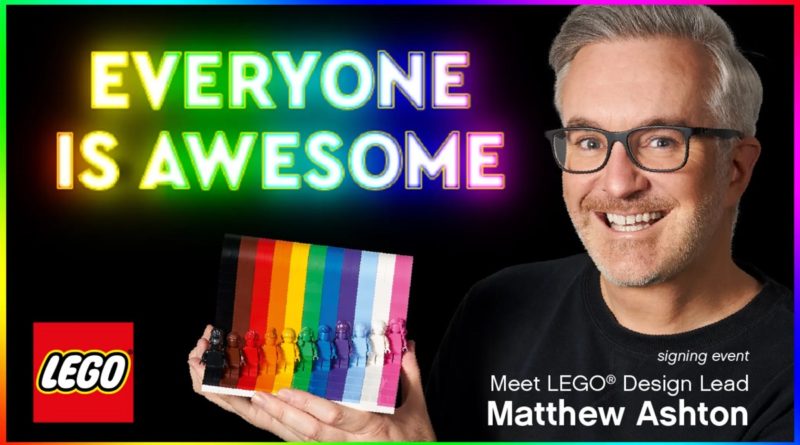 The LEGO Group’s Vice President of Design Matthew Ashton will be signing copies of 40516 Everyone is Awesome at a LEGO Store later this month.

You’ll need to be in Denmark to take advantage, as the designer behind the company’s first-ever LGBTQIA+ set will be signing copies of the colourful collection of monochrome minifigures (and its Pride-inspired display stand) exclusively at the LEGO Store in Copenhagen.

Ashton – who’s also appeared as a judge on LEGO MASTERS UK and served as a producer on Warner Bros.’ LEGO movies – will be in attendance from 6pm through 9.30pm local time on August 20. Owing to current capacity restrictions, the event will operate using a wristband entry system.

To attend, you’ll need to rock up to the store after 10am on August 20 to secure a wristband and time slot. They’ll be handed out on a first come, first served basis, so best to head there early if you don’t want to miss out. The LEGO Store has also instated a limit of three signed copies of 40516 Everyone is Awesome per person.

Head over to LEGO.com for more details, and click here to check out our verdict on 40516 Everyone is Awesome.