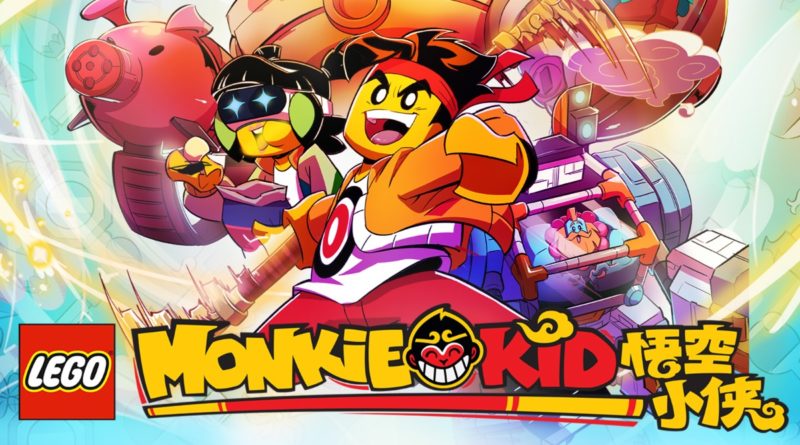 More brand new LEGO Monkie Kid sets may be launching later in 2021 as part of the LEGO Group’s new deal with Amazon.

Earlier this week, the LEGO Group and Amazon announced a new partnership focused on the Journey to the West-inspired theme, which will see its products sold through the online retailer and its animated TV series available to stream through Amazon Kids+ (and later Prime Video).

Buried in that press release, however, was mention of ‘a new line of LEGO sets available later this fall’. Given this partnership will mark the first time current sets including 80012 Monkey King Warrior Mech and 80024 The Legendary Flower Fruit Mountain (review) – the only two named in the press release – will be available at Amazon, that could just be a reference to the existing line-up.

But it seems equally likely that the press release could also be referring to genuinely new sets – mainly because Monkie Kid has long followed its own erratic release schedule. Where most themes debut new sets around January and June (or August in the US), Monkie Kid’s 2021 sets have so far landed in March and July.

Seeing more sets debut in the autumn – say, in October or November – therefore wouldn’t be altogether surprising. And looking at how closely the LEGO Group and Amazon are now intertwined where Monkie Kid is concerned, it would also make sense for any new sets to launch side-by-side through official LEGO channels and at the third-party retailer.

For now, you can catch up on the most recent Monkie Kid sets – including 80028 The Bone Demon and 80026 Pigsy’s Noodle Tank – at LEGO.com, and presumably Amazon very shortly (at least in the US).