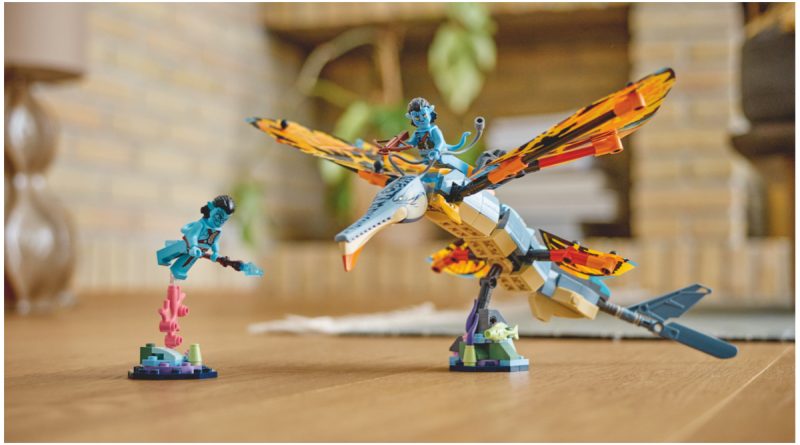 As fans pore over pictures of the Avatar sets, it seems the new bow and arrow elements will work in the same way as existing flick-fire missiles.

Weapons have always been a touchy subject for LEGO sets. Seemingly anything historical – Viking axes, spears and so on – are fine, as is anything futuristic. Star Wars figures have been running around with laser blasters and lightsabers for years. But anything realistic presents more of a problem.

So it’s interesting to note that not only do some of the minifigures in the new LEGO Avatar sets come equipped with bow and arrows, but they seem to be capable of firing the arrows too. Bows in themselves are nothing new – they’ve appeared in a variety of sets but have always just been an accessory. This seems to move the game on.

The new bow piece seems to work on the same principle as the flick fire missiles that many LEGO spaceships come equipped with. A missile is inserted into the tube until it clicks, then by pressing the button on the side, the missile fires across the room to scare the cat / get lost under the sofa / end up in the vacuum cleaner. Annoying for both the cat and whoever’s responsible for keeping the house tidy, but it ups the play value of the set considerably.

While archery is still popular today, it is very much a sporting pastime rather than a vehicle for criminal activity. So while there was probably still some debate at the LEGO Group HQ, chances are it’s a significant part of the new Avatar film, and thus was warranted as a new piece for these sets.

Given the time and cost of creating a new LEGO element, they are rarely developed for use in just a few sets, so it will be interesting to see where else these bows pop up. Indeed it maybe that  they become the default bow piece in future, replacing the non-functioning accessory that’s been used up until now.

Please consider using our affiliate links to buy your LEGO sets – each purchase helps to support Brick Fanatics. Thanks.