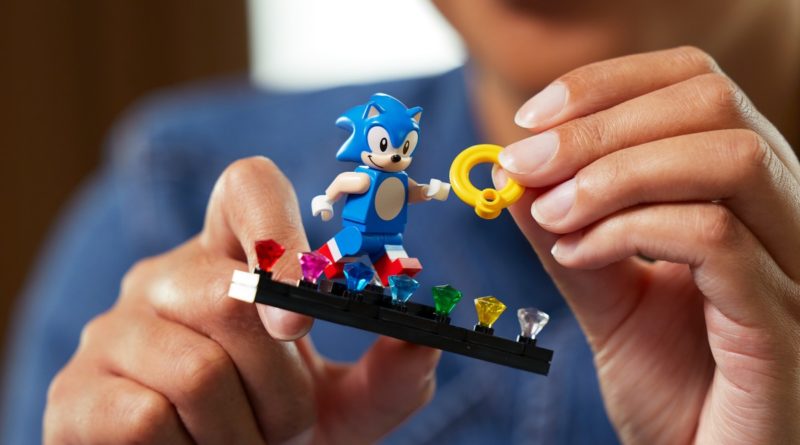 21331 Sonic the Hedgehog – Green Hill Zone introduces new machinery that affects LEGO piece printing, but what does this mean for future sets?

The LEGO designer video for the 39th LEGO Ideas set – 21331 Sonic the Hedgehog – Green Hill Zone – confirmed that the development of the model required new technology to print Dr. Eggman’s dome head at an angle.

“So the element used for Dr. Eggman’s head is traditionally printed in a slightly different direction, but to print it the best way to match Viv’s build, we had to invest in new machinery to be able to rotate the element 45 degrees and print it so it could be positioned exactly as she wanted it.” explained senior graphic designer Lauren Cullen King.

Beyond Dr. Eggman, printing bricks at an angle as described by the senior graphic designer may offer plenty of potential for future LEGO sets. One possible use could be an alternate head for the current R2-D2 minifigure, which we argued last year needs an update. While the current iteration has printing all around the dome element, spinning the brick could mean changing the way R2-D2 is facing without an all-new design to be applied to the printing press.

This might allow for additional poses with the LEGO R2-D2 minifigure without changing the current collection of pieces used for the character.

Beyond LEGO Star Wars, the new machinery might let LEGO designers place designs on other angled elements, such as brickwork. Whatever the new machinery introduced for 21331 Sonic the Hedgehog – Green Hill Zone is used for, you can get your hands on the set now online and in-store including the Dr. Eggman figure. We’ve also reviewed the nostalgic model to take you through Green Hill Zone.