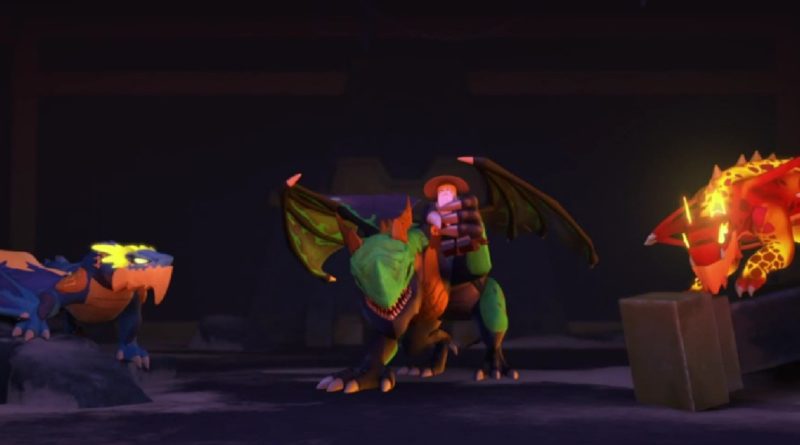 The new LEGO NINJAGO shorts to go alongside the Core 2022 wave and featuring Cole’s new voice actor have launched on the LEGO website.

The NINJAGO Core range of sets has been released as the year begins and the models can also be spotted in the previously confirmed shorts that have been added to a new section on LEGO.com. By completing a variety of riddles and navigating through the ‘Level Up’ webpage, you can see parts of the new NINJAGO Core shorts that form one cohesive story.

The narrative sees Master Wu being taken by the beast from 71766 Lloyd’s Legendary Dragon, who travels through a series of portals that take the ninja back to their past to relive key moments and learn a lesson, offering a way to introduce the story of the theme to a new audience quickly. This has been confirmed as one of the aims of NINJAGO core by a designer.

Other models from the wave can be seen throughout the videos, with six under the riddles section to watch. These include 71760 Jay’s Thunder Dragon EVO, 71762 Kai’s Fire Dragon EVO, 71763 Lloyd’s Race Car EVO and 71761 Zane’s Power Up Mech EVO. The third clip features cole and his new voice actor.

Unfortunately, cuts and edits have been made to the shorts so that each is under 60 seconds, meaning these are only the first look at them and not the full versions. It may be that the complete forms will be uploaded to the official LEGO YouTube channel in the future, but that is not confirmed.

You can read our review of 71766 Lloyd’s Legendary Dragon to see how the latest dragon stacks up as the only new creature not aimed at ages six and up. More LEGO NINJAGO Core models are coming later this year.