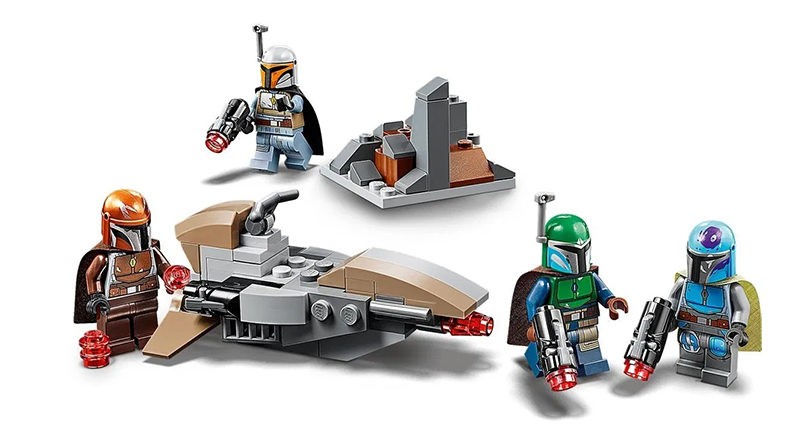 There might be very little army building to do in January 2021, with a rumour suggesting that no new LEGO Star Wars battle packs will be released.

Each year, the LEGO Star Wars theme usually offers at least two new battle packs – small sets with four minifigures and a handful of bricks. According to jdubbs on Eurobricks and MandRproductions though, there won’t be any new battle packs in the January 2021 wave.

On the topic of regular sized Battle Packs, jdubbs says: “Always in motion is the future… but it’s not looking good, at least not as mainline releases.”

“It looks to me now in 2021 like we won’t get LEGO Star Wars battle packs in January,” Ryan says in a new video. He isn’t clear about where the information comes from and acknowledges he has no insight into whether it is accurate.

It’s not the only recent rumour, with 10275 Elf Clubhouse possibly coming to the Winter Village series, 10274 Ecto-1 expected to be part of LEGO Ghostbusters making a return and 10276 Colosseum also rumoured to be on the way this year.

As ever, rumours should be treated with caution until an official product announcement or release from the LEGO Group.