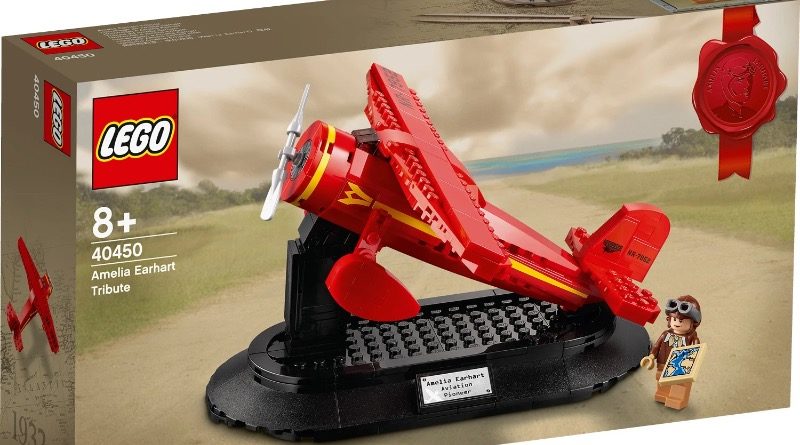 We’ve known the identity of March’s freebie for a while, courtesy of another LEGO Certified Store in South Africa, but this is the first time we’ve seen the model up close and hi-res.

The LEGO Group confirmed last week that the next set in what looks sure to be a broader tribute series (following 40410 Charles Dickens Tribute in November 2020) will be available from March 6 to 14 with a $100 purchase. We don’t yet know the equivalent spend threshold in the UK or Europe, but based on previous offers, you can probably expect parity with the US figure – just swap the currency symbol.

40450 Amelia Earhart Tribute celebrates a touchstone in aviation history with a mini replica of the pilot’s bright red Lockheed 5B Vega, in which she became the first woman to fly solo across the Atlantic Ocean in 1932. The promo model also includes a minifigure of Amelia Earhart, and a sturdy display base on which to prop the plane.

There are plenty of new sets arriving on March 1 to help you qualify for the freebie, including fresh waves from Marvel, NINJAGO, Star Wars, Monkie Kid, Friends, Disney and DOTS. We’ll confirm the UK and Europe spend requirements as soon as we can.