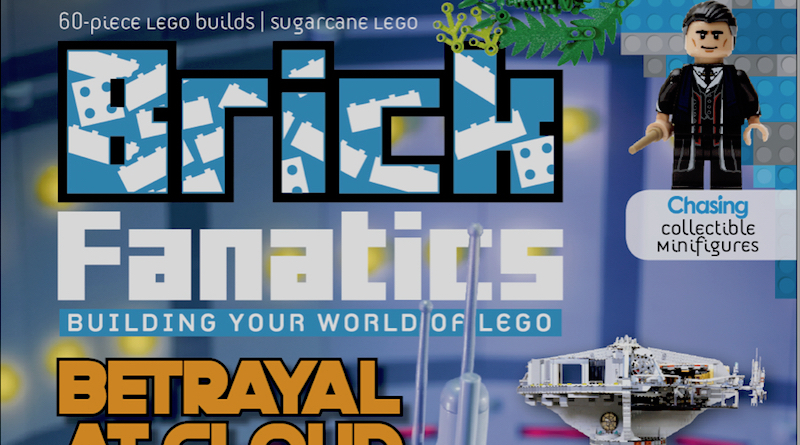 This latest large scale LEGO Star Wars release hasn’t been to everyone’s liking, but that’s exactly what makes it such an enticing assignment for the creative team at Brick Fanatics Magazine to take on. Issue 1 leads with a sizeable modification of 75222, in the hopes of elevating it in the eyes of many LEGO fans disappointed in the £300 original. Our cover teases a fantastic project that is presented inside through beautiful layout and photography. It’s LEGO building, literally on another level. 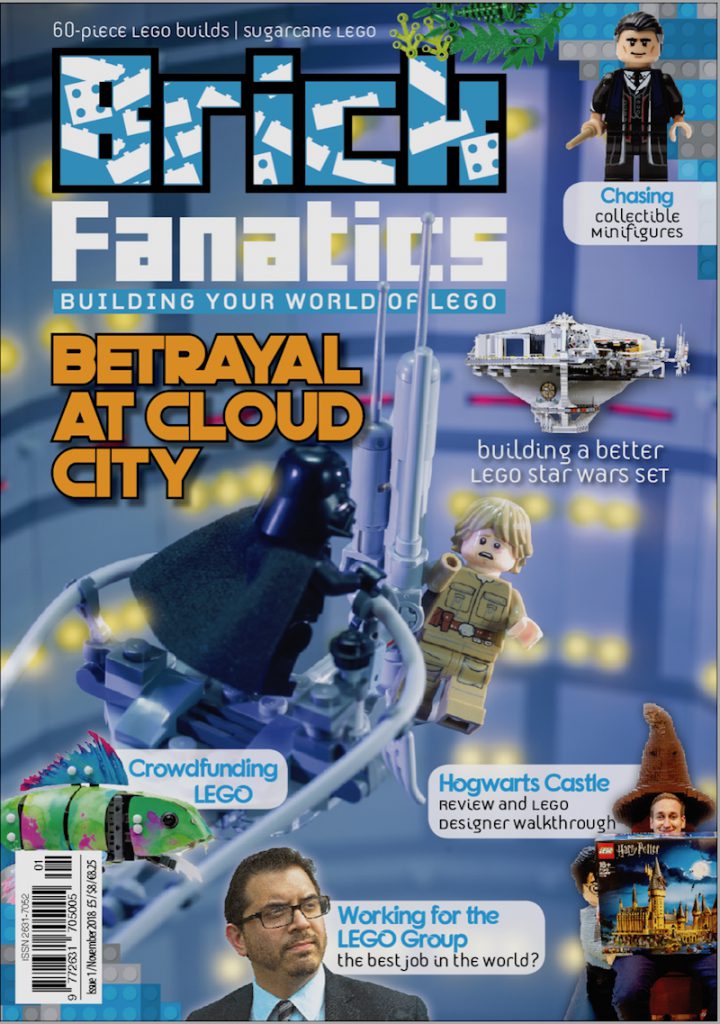 75222 Betrayal at Cloud City’s source material also provided the inspiration for the cover build Brick Fanatics Magazine commissioned. Focusing on the climactic moment in The Empire Strikes Back, we took elements based on it from the official LEGO set, and added our own bricks and creativity for this brick built cinematic recreation.

Issue 1’s cover also hints at a number of other exciting features inside, including LEGO Designer Justin Ramsden’s exclusive walkthrough of 71043 Hogwarts Castle and LEGO Group insider Kevin Hinkle’s debut column. There’s plenty inside the magazine, including a look at the LEGO Group’s foray into crowdsourcing, a photographic review of 21311 Voltron, an interview with the father and son team behind an innovative brick-based charity, and a considered look at the new Batwoman minifigure.

Take advantage of these offers at brickfanatics.com/magazine and guarantee every copy of Brick Fanatics Magazine by subscribing today. Issue 2 is due in early 2019, from when the magazine will be published on a monthly basis.

Stay up to date with all things Brick Fanatics Magazine here, including an introduction to the brand new feature concept Review+.