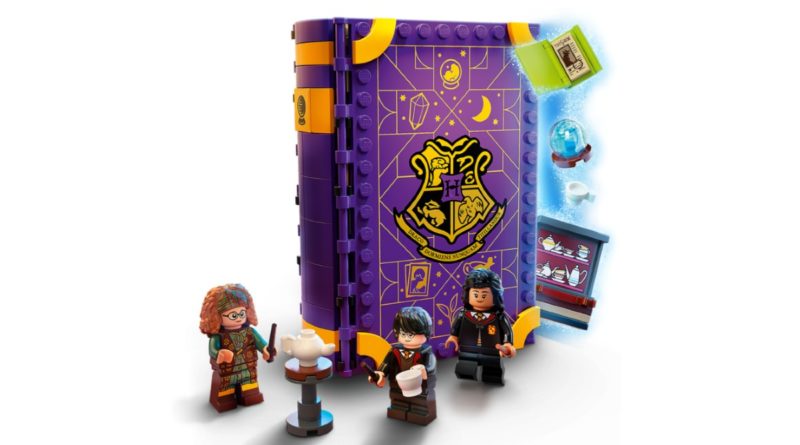 The last LEGO Hogwarts Crests weren’t a great success, but could the rumoured Hogwarts Banners sets be trying a bit too hard?

The joy of LEGO is that it’s never just one thing. But when a set is designed to be able to offer a number of builds, it has to aim at multiple targets and occasionally misses them all. Back in 2020, the Art theme offered 31201 Harry Potter Hogwarts Crests. This single set allowed fans to create each of the four house crests as a mosaic or, for those with deep pockets, four could be combined to create a large school insignia.

However, by forcing a single set to accommodate four different designs, compromises had to be made. As a result, the feeling across the fan community was that none of the designs were particularly successful. Now, as rumours of 2023 sets begin to swirl through the LEGOsphere, there is talk of a new set of Hogwarts House Banners. This time however, rather than one set trying to be all things to all wizards, each house may be getting its own build.

That’s great, right? Four dedicated sets should result in perfect recreations of the crests, succeeding where the previous attempt… we’re not going to say failed, we’re going to say ‘Didn’t achieve its potential’. But (there’s always a but) these sets aren’t, if the whispers are true, just dedicated mosaics. They are (allegedly) likely to be akin to the Hogwarts Moments subtheme such as 76383 Hogwarts Moment: Potions Class or 76396 Hogwarts Moment: Divination Class.

These sets appear as large books which, when opened and unfolded, create a vignette of the classroom in question. The book itself creates the classroom walls, while a selection of furniture and minifigures bring the scene to life. As multi-purpose sets, these have fared rather better than the Crests set but still had their limitations.

We shall have to wait, therefore, and see which way these sets go, if indeed they appear – they are still rumours after all. If they’re just banners, then there’s no reason to think they’re going to be anything other than excellent. If, however, they have to be a jack of all trades and master of none by incorporating some other function, might they end up as another missed opportunity? We’ll just have to wait and see.