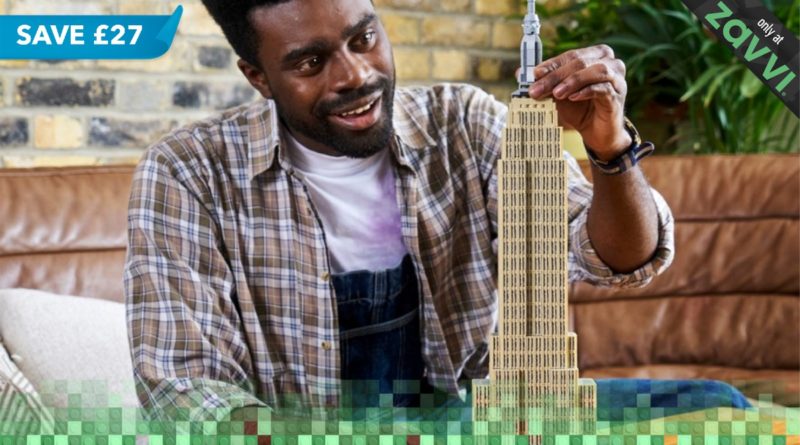 Zavvi UK is currently offering 30% off LEGO Architecture 21046 Empire State Building, a retiring model that is now sold out on the LEGO store.

LEGO Architecture 21046 Empire State Building is due to retire later this year and is now out of stock on the official online store, meaning that other retailers are your only hope of getting the model, and Zavvi has the set available with 30% off the normal price.

Such a deal on a retiring build is tempting, to say the least, especially one that authentically captures one of the most iconic locations in the world and a perfect way to dedicate a corner of your home to New York city.

Measuring 55cm high, the 1,767-piece recreation represents every element of the Empire State Building, from the pointed tip of the skyscraper down to the streets below, with the yellow taxis transporting the citizens of New York where they need to go next.

While stocks last, you can get £27 off the price of 21046 Empire State Building, with the 30% discount bringing the cost down to £62.99. This is likely one of the best and last deals to be had on the retiring set, which will no longer be in production past the end of 2021.

Support the work that Brick Fanatics does by purchasing your discounted LEGO sets from Zavvi using our affiliate links. Thank you!