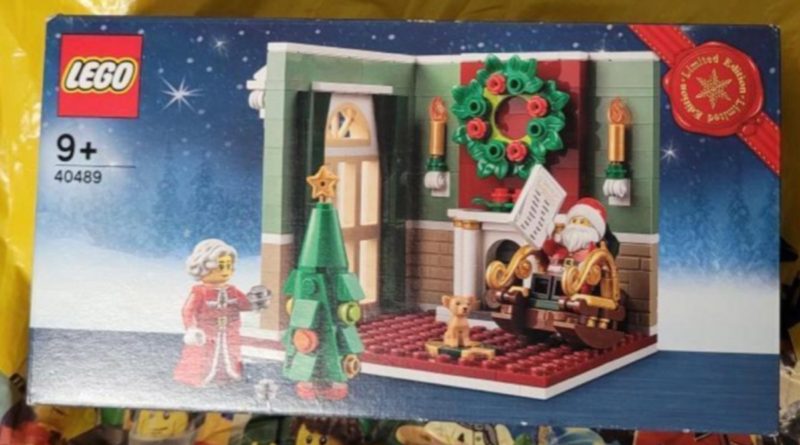 Originally scheduled to be available during December 2021 as a promotional gift-with-purchase, 40489 Mr. and Mrs. Claus’s Living Room was cancelled before it was even officially announced. The reason the LEGO Group gave was that the rumoured set didn’t meet its ‘strict quality standards’.

However, that didn’t stop one set making it out into the wild and recently being listed on eBay. 40489 Mr. and Mrs. Claus’s Living Room was obviously a highly-sought after item and bids managed to reach $735 (roughly £556.50) on the site before the listing was removed altogether.

Now a second 40489 Mr. and Mrs. Claus’s Living Room set has appeared online in a listing posted by Instagram user lego_miner2020. Pictures of the set have been posted by the user showing the front and back of the packaging, displayed on top of a LEGOLAND plastic carrier bag. No information is provided by lego_miner2020 as to where they obtained the set or even if it’s legitimate, but it certainly looks like the real deal.

40489 Mr. and Mrs, Claus’s Living Room would have included two minifigures, with a 2×3 ‘Santa’s naughty list’ tile that might also have contributed to its cancellation.