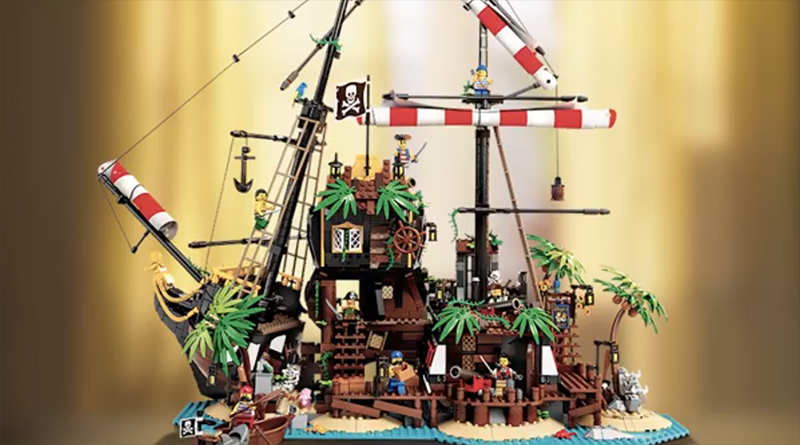 A new advert for LEGO Ideas 21322 Pirates of Barracuda Bay plays on the generational appeal of classic LEGO themes for maximum emotional resonance.

LEGO Ideas 21322 Pirates of Barracuda Bay is being promoted online with a new video advert that aims to capture the attention of adult fans and pull on the heart strings too.

The new 2,545 piece set recently launched exclusively at LEGO.com and builds a detailed shipwreck island that can be reconfigured as a modern version of the beloved LEGO set, 6285 Black Seas Barracuda.

The video sees a young boy being gifted 6285 Black Seas Barracuda as a child, which when he grows up he and his daughter then play with together. As his daughter grows up, she loses interest in pirates, to his disappointment – but then she gifts him 21322 Pirates of Barracuda Bay.