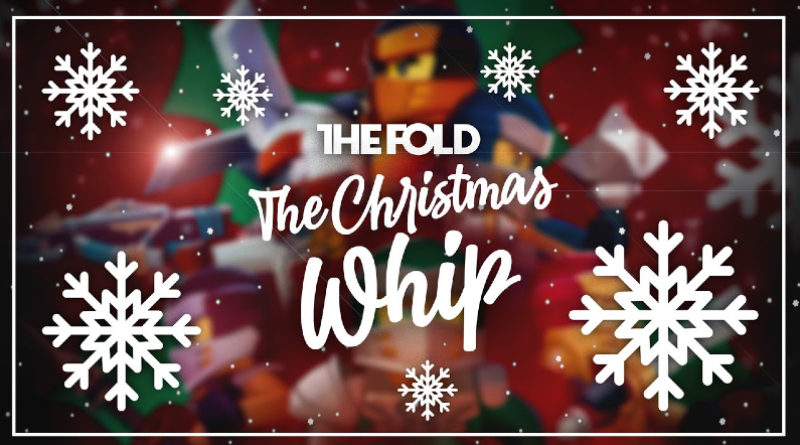 To celebrate the Christmas season, The Fold has transformed one of its LEGO NINJAGO theme songs into ‘The Christmas Whip’.

Indie band The Fold has been responsible for many of LEGO NINJAGO’s theme songs over its nearly 10-year lifespan. Their latest version is a remix of their most recent theme for the LEGO NINJAGO TV series. The Christmas Whip is a festive incarnation of ‘The Shintaro Dungeon Whip’, created for Season 13 of the long-running TV series.

The music video marks the band’s first time crossing over into the Christmas genre of music, and mixes the classic themes of Christmas music with the more intense elements of their usual NINJAGO ‘Whip’ songs.

The band thanks certain members of the NINJAGO fandom in the description of the video for helping them bring this project to life. Members of the fandom were responsible for editing, minifigure design and more. Making a perfect partnership to round out the year before LEGO NINJAGO’s 10th anniversary.

The LEGO theme will be celebrating its 10th anniversary next year and a number of LEGO NINJAGO Legacy sets will be releasing to mark the occasion. At least one of the sets will include a collectible golden minifigure and 10th anniversary printed tile.

Recently Kirby Morrow, voice of Cole for the entire run of LEGO NINJAGO passed away, just before the 10th anniversary. Both the development team for the series and the LEGO Group have paid tribute.