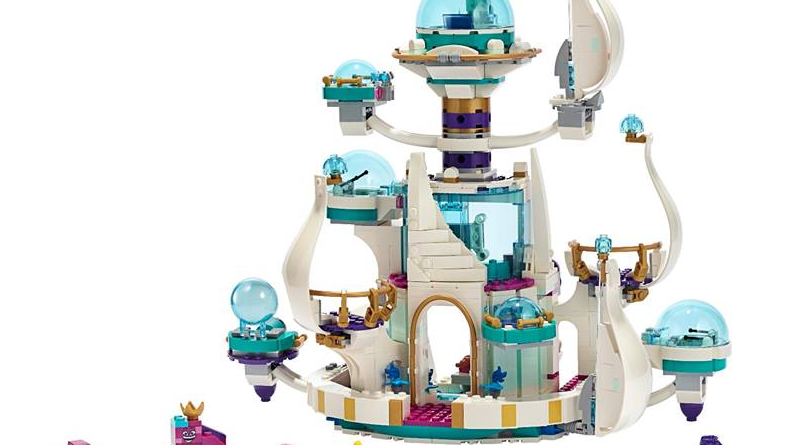 Fans can get a look at another big new set inspired by The LEGO Movie 2: The Second Part – 70838 Queen Watevra’s ‘So-Not-Evil’ Space Palace.

Expanding the already expansive theme, 70838 Queen Watevra’s ‘So-Not-Evil’ Space Palace will be released in The LEGO Movie 2: The Second Part theme this spring. The LEGO Group has revealed the new set on Facebook. 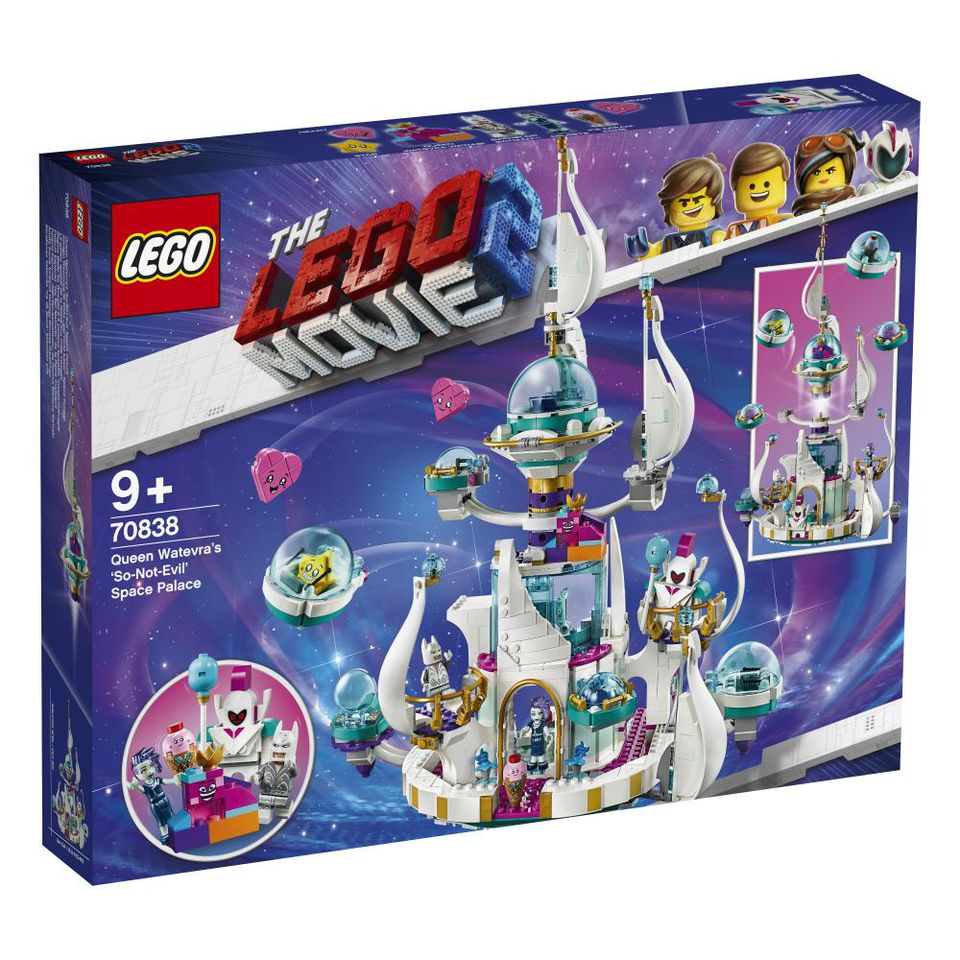 This upcoming set has the same shape as the movie location where Queen Watevra sings the memorable song that explains how not evil she is. The rooms and play areas have been adapted to fit something achievable as a LEGO set, as the on-screen location is huge. In the film, different locations and vehicles appear as models built in different scales – in the same way, the set includes a smaller version of Queen Watevra. Batman in his fancy white wedding outfit and the Queen’s guard are also included.

Two other sets have also been revealed – 70842 Emmet’s Triple-Decker Couch Mech and 70837 Shimmer & Shine Sparkle Spa. That means that two of the three sets on the Brick Fanatics wish list have been revealed, so here is hoping for the other three. 70839 Rexcelsior!, which was revealed at London Toy Fair, will launch alongside these sets. 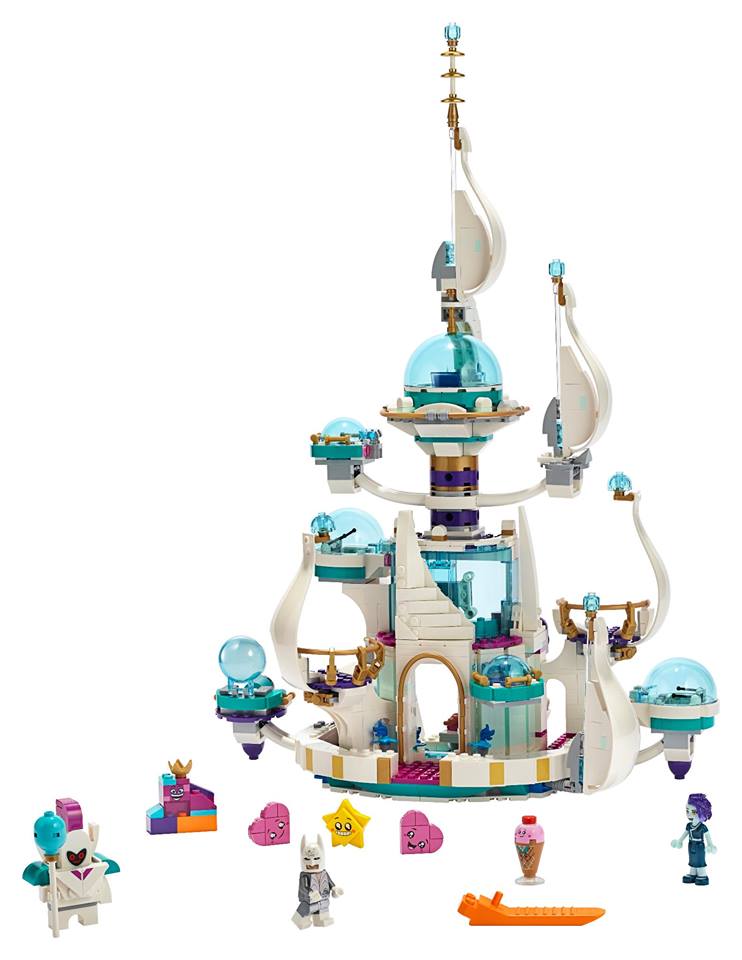