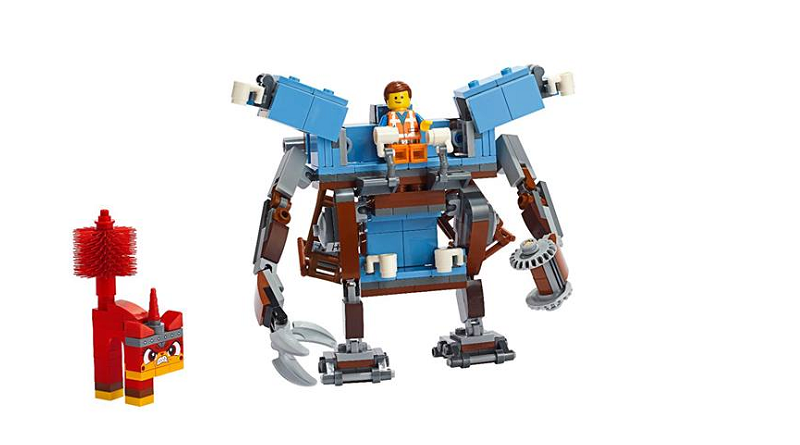 A new set from The LEGO Movie 2: The Second Part has been revealed – 70842 Emmet’s Triple-Decker Couch Mech.

Now that The LEGO Movie 2: The Second Part has been released, the LEGO Group can share images of sets that reveal surprises the filmmakers wanted to save. 70842 Emmet’s Triple-Decker Couch Mech has been revealed on Facebook, with the release date marked as April. 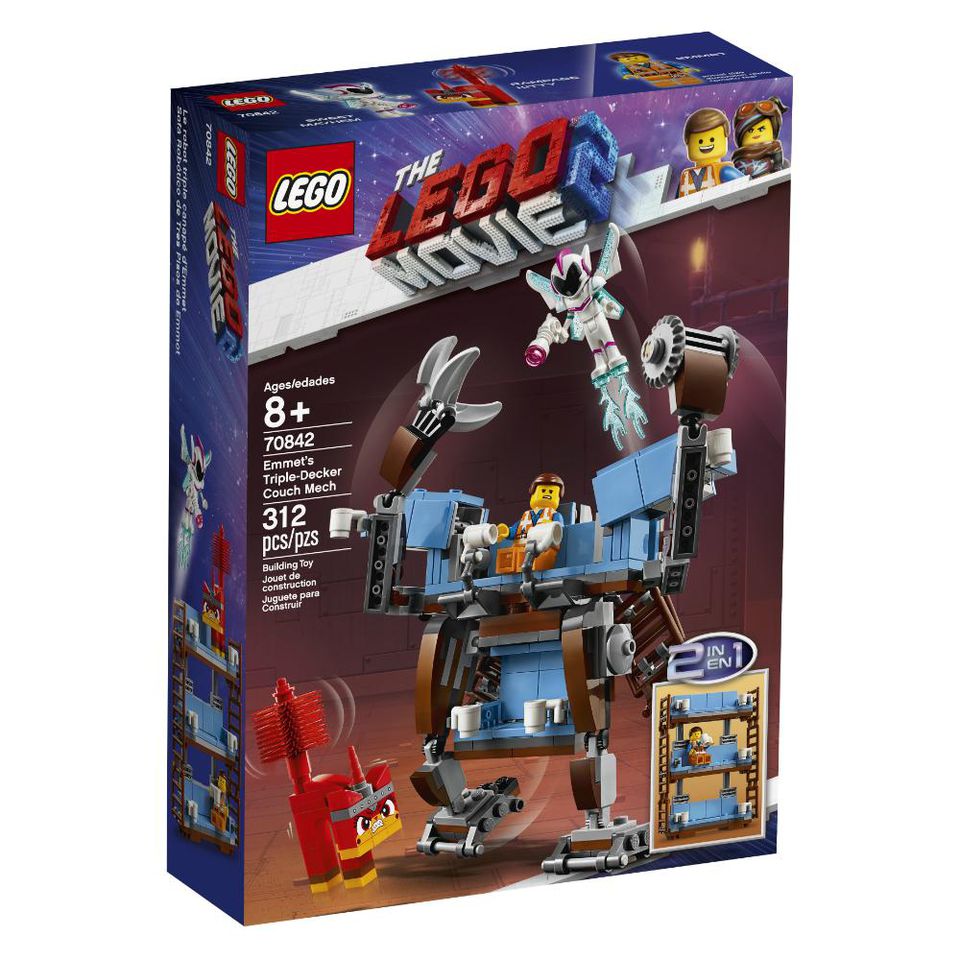 Early in The LEGO Movie 2, General Mayhem arrives to kidnap Emmet’s friends. In an attempt to rescue them, he constructs a triple-decker couch, riffing on his double-decker couch from The LEGO Movie. When everyone seems disappointed, he reveals that it concerts into an aggressive mech. The set re-builds into couch mode, so it is one model crossed off the Brick Fanatics wish list.

A new Unikitty variation is included, using the car wash piece in red as her tail.

Two other sets have also been revealed – 70837 Shimmer & Shine Sparkle Spa and 70838 Queen Watevra’s ‘So-Not-Evil’ Space Palace. 70839 Rexcelsior!, which was revealed at London Toy Fair, will launch alongside these sets. 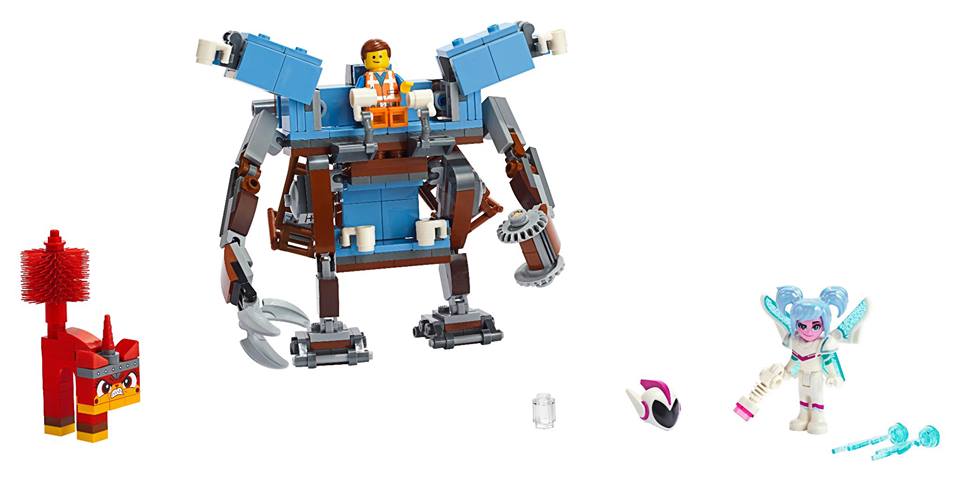