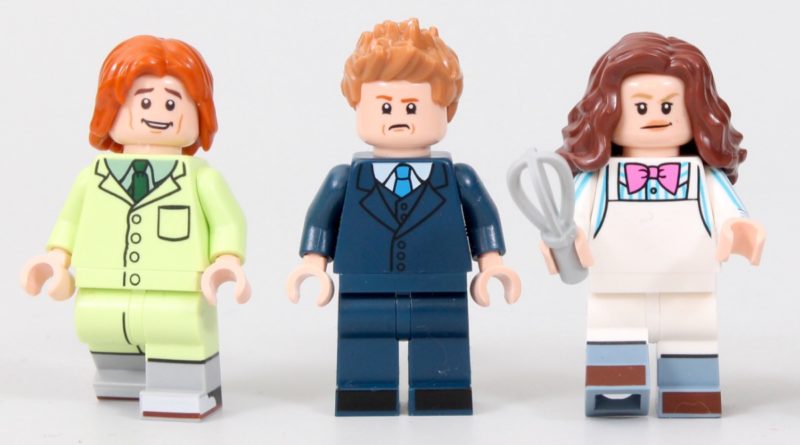 Despite their seemingly single-use head sculpts, the LEGO Muppets minifigures actually have plenty of utility beyond their intended purpose.

Unfortunately, that’s not for their heads: we haven’t come up with some magical use for a Gonzo or Animal head beyond, well, Gonzo or Animal. Instead, it’s in the torsos and legs of a handful of the characters across 71033 The Muppets, the latest Collectible Minifigures series to adapt a classic TV show with unique, moulded heads, that you’ll find the most versatility.

You can find out more about each of those dozen characters – and our thoughts on them all – by checking out our detailed review ahead of their launch on May 1, but if you’re less interested in Muppets and more interested in cool, new minifigure parts, stick around: there’s plenty to sink your teeth into here.

That’s true even if you’re a LEGO purist to the point of keeping your torso assemblies completely intact, which is to say that you don’t need to remove the hands of at least four of these minifigures to make use of them elsewhere. Swedish Chef, Beaker, Statler and Waldorf all include outfits that can be easily repurposed simply by swapping out their heads, as per the below.

If you’re willing to go off the beaten path, though, and start pulling apart limbs – something you might want to do for those first four characters anyway, if you’d like to change their skin tones – many more of the Muppets will find applications in your wider LEGO collection. Miss Piggy actually works from the off with her gloved hands, while Gonzo’s loud shirt-and-tie combo is also one for the ages.

Elsewhere, Dr. Bunsen Honeydew’s white lab outfit is handy for any particularly short scientists you’re looking to assemble, although that’s basically your lot: beyond those characters, we’re into proper animal territory, with bright and bold colour painted on to the torsos and legs (see Animal and Janice) or elements that wouldn’t really make much sense outside the Muppets (Kermit, Fozzie Bear).

Rowlf the Dog is generic enough that you could probably turn his torso and legs into, erm, a dog or bear costume, but that’s about it. Still, that’s all-around far more versatility than we originally expected of a Collectible Minifigures series based on The Muppets, and more than could be had from last year’s 71030 Looney Tunes – and reason enough to grab more than one set of these characters.

You’ll be able to order 71033 The Muppets from LEGO.com (or find them in LEGO Stores) from May 1.

Support the work that Brick Fanatics does by purchasing your LEGO Muppets minifigures using our affiliate links.