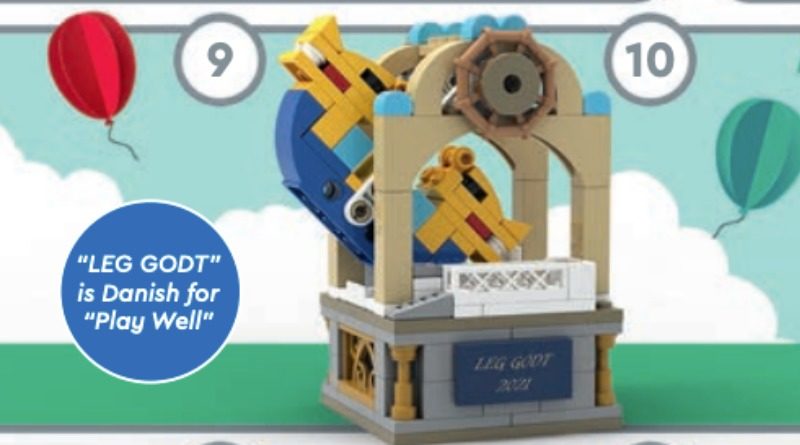 Another tempting offer will begin soon on the official online LEGO store as the previously Asia-exclusive Swing ship lands at international shores, but what must you do to score this free set?

The GWP, which has been changed from its original appearance to appeal to a more general audience, is set to go live on June 21 according to the US store calendar. When it first appeared, the model was a limited edition build of 1,000 but there will likely be slightly more stock for the international debut.

The set depicts a small swing ship ride with a plaque reading ‘Leg Godt 2021’, replacing the ‘Happy Children’s Day 2021’ text as it appeared initially. Builders who already own LEGO Ideas 40335 Space Rocket Ride could add this to their collection to start their own miniature theme park.

So far the store calendar has only confirmed that it will appear in the US, where it will be available with purchases over $85 online and in-store, but only to LEGO VIP members. If you still haven’t signed up for the service, then the LEGO Group is offering another limited-time promotion to entice you.

According to a HotUKDeals user, a member of the LEGO Group’s UK customer service team may be teasing that the offer will also go live in the region, but the store calendar fails to list the item. We’ll have to see if the offer does manage to make its way to the UK as well as the US.

For more on the LEGO.com offers taking place this month, we’ve got an in-depth guide to every deal, promotion and new set as the summer waves of LEGO models release across the globe.