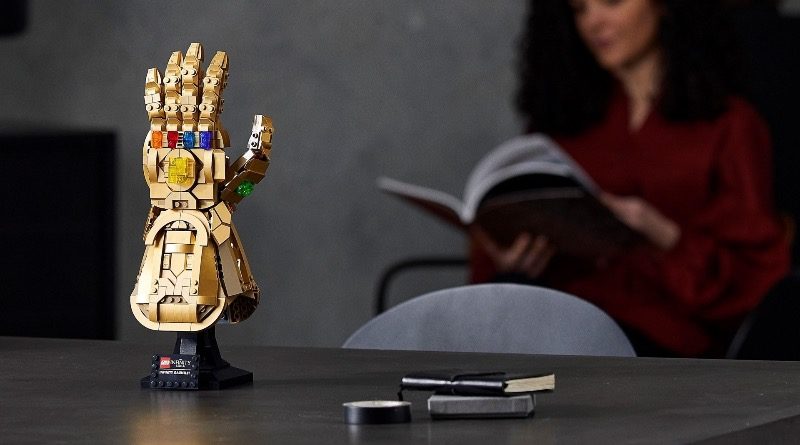 Summer is here, and whilst it usually means holidays, this year’s been a little different. Thankfully, there’s a flurry of new LEGO sets, deals and free gifts to keep us company in June.

Besides January, June is one of the biggest months for us builders, with numerous newly-released sets to build across a wide variety of themes. The LEGO Group is of course supporting this massive launch with an assortment of tempting offers and gift-with-purchases.

The summer wave of LEGO models has arrived onto the online store, with over 90 new additions ready to collect, build, display and play. There’s something to suit every budget and interest from epic superhero blockbusters to the largest-ever LEGO model 31203 World Map. Stay up to date on all the new sets with our master list. Stateside fans may have to wait a little longer than most for the sets though.

Following the early release for VIP members, 76178 Daily Bugle is now available for all Marvel enthusiasts. This enormous models stretches over 82cm high and includes a whopping 25 minifigures. As the largest LEGO Marvel set to date, it’s also full of references to the many media outings of Spider-Man and was even a dream model for its designer. Oh, and did we mention the teased Daredevil minifigure?

After a successful launch with 21319 Central Perk, the LEGO Group has found an all-new demand for LEGO Friends, no not that one. The popular sitcom has received its second LEGO set which is now available to every lover of the show. With two apartments, a gallery of Easter eggs and seven new minifigures, Friends fans are in for a treat. You can find out more in our review.

This decorated drinking device (a mug, it’s a mug) is available exclusively at LEGO.com with purchases of 21319 Central Perk. That’s not the newly-released 10292 The Friends Apartments listed above – that would make too much sense – but the original sitcom-themed set, which has been available since 2019. Good news if you’ve held off until now, of course. You’ve got until June 23 to pick it up online.

Builders in certain regions will be able to find a cute LEGO freebie running until the end of the month. Should you purchase £40 / $40 / €40 worth of sets from Friends, VIDIYO or DOTS before June 30, you’ll find a free photo cube holder added to your basket. Each of these themes has a new range of sets launching so there’s more than enough choice to grab the small set.

A previously Asia-exclusive offer is swinging over to the rest of the world this month as the LEGO Swing Ship Ride is available with any order over $85 from June 21 to June 30, but only for VIP members. There’ll be more incentive to sign up for the service if you haven’t already and the small LEGO ride will pair well with any brick-built fairground.

The 10th-anniversary celebrations for NINJAGO continue into June as a trio of new NINJAGO BrickHeadz will be offered with any purchase from the theme that totals over $85 until June 30. Unlike most other promotions from the LEGO Group, you’ll have to part with $10 after reaching that price threshold. This offer will only be available in stores so head down to your local if you plan on picking this and the new NINJAGO sets up.

Feeling Blue? Have a VIP keychain

The LEGO VIP programme has proved itself a valuable asset to any builder, despite its recent shortcomings. To help get more members on board the program, the LEGO Group will be handing out a free key chain to anyone who signs up for free LEGO VIP membership by December 31. There’s plenty of time to redeem this offer but with so many new sets available, why not start stocking up on VIP points as soon as possible?