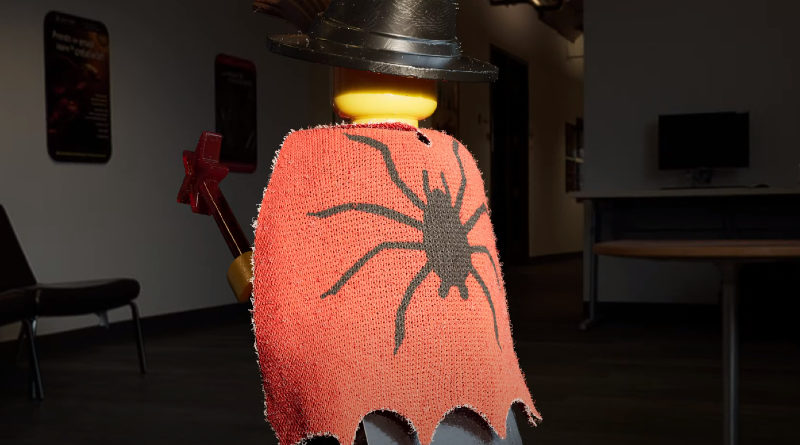 A lighting artist has taken realistically rendered LEGO to the next level with a highly detailed Willa the Witch Castle minifigure and cape.

LEGO Builder’s Journey may feature the most detailed renders of bricks ever seen on screens, but what about a classic LEGO textile? One artist has taken matters into their own hands and created a digital fabric masterpiece that looks as old as its accompanying minifigure.

Believe it or not, Stefan Müller’s video isn’t giving an up-close look at a genuine LEGO Castle Willa the Witch minifigure. This member of the castle knights is made up of some state of the art lighting and digital knitting technology, as opposed to the 24-year old plastic that a real version of the minifigure would be made from.

Stefan, who is the same artist behind the reimagined classic Pirates poster, used various programs for the coded creation as a research and development project. Even the smallest details such as the mangled and stiff yarn have been captured, almost as if the render has managed to withstand the passage of time itself.

As part of the process, the artist looked into exactly which type of textile was used in the actual minifigure, pinning it down to a starched woven fabric.

We might see the return of Willa the Witch in the 2022 LEGO Ideas anniversary set, just as long as Castle is picked over Bionicle, Classic Space and Pirates.