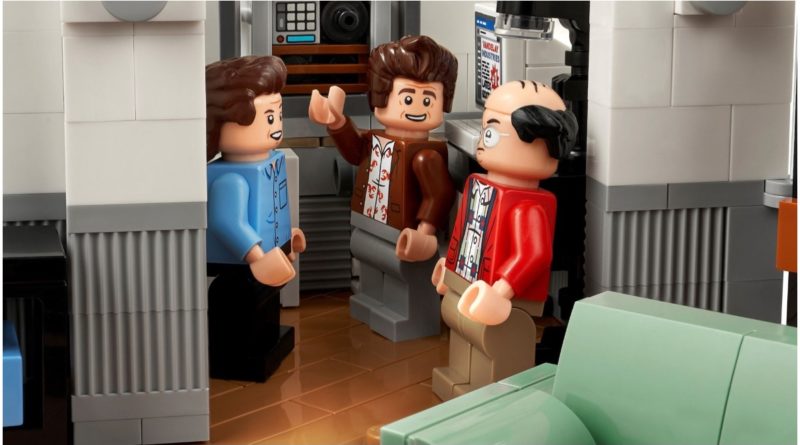 With Brooklyn Nine-Nine hitting a LEGO Ideas review stage, a question begs itself: could a new sitcom theme cut out the middle man?

Brooklyn Nine-Nine is the latest sitcom to pop up in LEGO Ideas. Following a team of New York detectives in the fictional 99th precinct, it’s earned numerous seasons and a wide fanbase. Recently it hit the 10,000 supporter mark on the LEGO Ideas site, guaranteeing a spot in the next LEGO Ideas review stage.

Sitcoms have proven a staple of LEGO Ideas over the last few years. An early release in the theme was 21302 The Big Bang Theory, with sets inspired by The Flintstones, Friends and Seinfeld releasing a few years later. A LEGO set inspired by The Office (the Steve Carell version) has also been confirmed, after multiple attempts by LEGO Ideas fans.

The LEGO Group has proved it can take some initiative in this area. 10292 The Friends Apartments expands the world of Friends in welcome directions. 10291 Queer Eye – The Fab 5 Loft draws from a slightly different kind of subject matter. However, the form factor is very similar to many of its sitcom sets, and suggests a wider interest in more mature subject matter.

From that perspective, could a sitcom theme be a better fit for these sets? It would guarantee a steadier stream of sitcom products, rather than relying on Ideas fans to design them. Moreover, there is some potential precedent for such a move. We recently reported on rumours of a new LEGO Gaming theme, which includes sets inspired by the likes of Minecraft and Overwatch.

Admittedly, there are concerns about broad product similarities; many sitcoms feature some kind of apartment or office setting, after all. However, if themes like Disney have proven anything, it’s that considerable overlap in product design doesn’t have to be a deal breaker.

While we’re waiting for an official announcement, you can see which LEGO Ideas projects are currently in production. 21330 Home Alone has actually been released, just in time for Christmas 2021 – at least this Ideas model is on a firm footing.

2 thoughts on “Is it time for a dedicated LEGO sitcom theme?”