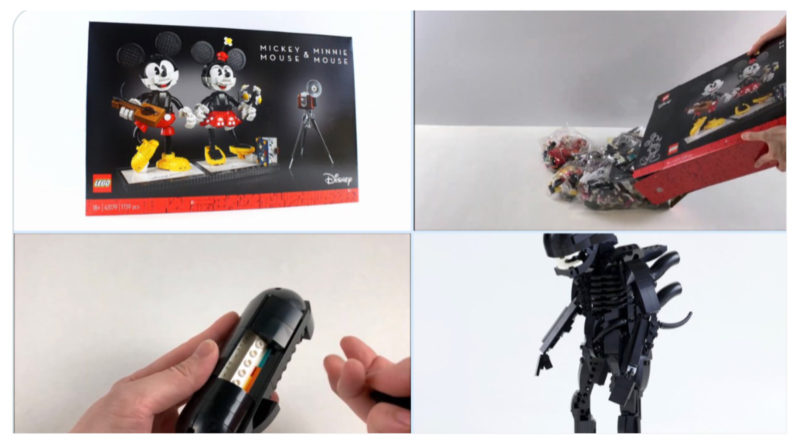 A Japanese LEGO fan has taken the parts from a Mickey Mouse and Minnie Mouse set and turned them into a slavering xenomorph.

A LEGO fan has taken to Twitter to demonstrate how they have taken Mickey and Minnie Mouse, icons of the none-more-wholesome Disney Corporation, and turned them into a terrifying, acid-dripping killing machine. The Japanese user, who goes by the Twitter handle, @LEGOdouMoko, posted a tweet with a set of four images. First the 43179 Mickey Mouse and Minnie Mouse box, then the parts being emptied out, a build underway and finally, a remarkably accurate depiction of the most unsociable life form in the universe.

It’s not the first time a MOC (My Own Creation) has been made of the creature, which first appeared in the 1979 Ridley Scott film, making a star of relative unknown, Sigourney Weaver, in the process. Well known LEGO creators, the Arvo Brothers, have published details on how to make a detailed, 51cm tall model, but they do have a reputation for using hard-to-find elements. Moko, on the other hand, appears to have just used parts that are available in the Mickey and Minnie set.

If you fancy giving the transformation a go yourself, then 43179 Mickey Mouse and Minnie Mouse is still available, retailing at £159.99. Be aware though – as far as we know, Moko hasn’t published any instructions on how they built the alien, so if you do try it, you’re on your own.

Please consider helping Brick Fanatics by purchasing your LEGO through our affiliate links. Thanks.